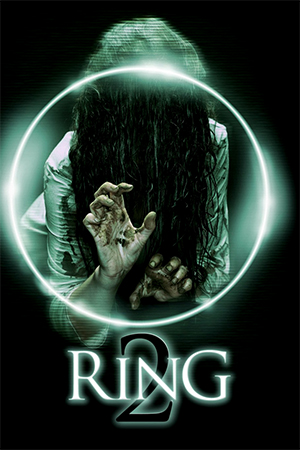 When we last entered the world of ‘Ring’, Asakawa had fled her home in fear and Professor Takayama had just met with a horrible demise. Following this, the Professor’s assistant, Mai Takano (Nakatani), decides to take it upon herself to do a little investigating of her own and it isn’t long before the trail leads her to tales of the video.  Of course, little has been resolved about the true power of the video so Takano decides to head over to the television station that Asakawa was working at.  Here she meets Okazaki, the reporter who has been given the task of finishing the story on the video.  Considering neither of them have any real knowledge to share, they decide to team up and together they start the long and fateful journey that will eventually reveal secrets that they will wish they had never uncovered.

Picking up where the first film left off, ‘Ring 2’ takes several outskirt characters from the original (mainly the only real survivors) and uses them in an attempt to build on the mythos of the infamous video.  Sadly though, what really spoils the overall idea is the film’s insistence on re-covering a large amount of familiar ground.  Takano is inserted as a fresh face to fill the detective role and, due to her lack of knowledge of previous events, spends the entire film following  the same path as Asakawa.  Characters are also decidedly weaker this time around, with Takano lacking a convincing motive for her interest in the video and Asakawa seeming strangely devoid of her signature strength and conviction.  In fact, the only consistent factor that seems to connect the two films is Nakata’s creepy directorial style that once again hits all the right buttons.  It’s just a shame that we have to wait until the finale for any of the real chills to begin.

‘Ring 2’ feels like more of a carbon copy than a worthwhile sequel and even Nakata’s knack for haunting imagery can do little to make it stand out.  Perhaps this is a sign that ‘Ring’ was one classic that is better enjoyed as a solo outing.