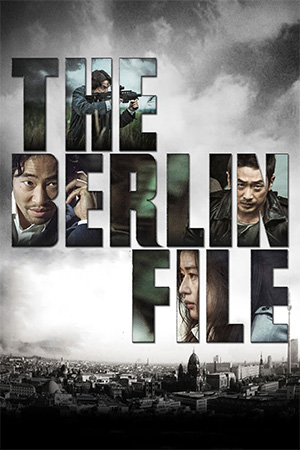 South Korean surveillance are eavesdropping on a clandestine arms deal in a Berlin between a Russian dealer, a North Korean agent and a Middle Eastern buyer. Before they can break into the room though, the three suspects are given a mysterious tip off leading to a frenzied shoot-out between all involved. The highly-trained North Korean agent, Pyo Jong-Sung, escapes the carnage and a subsequent face-off with his South Korean opposite Jung Jin-Soo and returns to his hideout to await instructions.

As all sides try to find the respective mole that may be in their team, Pyo Jong-Sung and his wife find their position compromised and a ruthless fellow North Korean agent is sent from Pyongyang to clean up the mess. Pyo finds an unlikely ally in Jung Jin-Soo as his own country begins to suspect him of possible defection and Jung might be the only person he can trust.

The topicality of tension between North and South Korea means that spy thrillers from the region have a certain frisson that cannot quite be matched in the West. Two nations separated by a DMZ and an ideology lend themselves to tales of espionage, probably because the fiction could conceivably be near the truth. Thematically then, ‘The Berlin File’ has a gritty edge and twists the sympathies the viewers have for either side quite effectively. Stylistically though, it is clear that director Ryoo Seung-Wan is going for a ‘Bourne Identity’ Korea, a fact that provides strengths and weaknesses.

On the positive side, the quick-cut action gives the film a contemporary edge while greasing the somewhat mechanical plot. Berlin is well used as a location with all of the city landmarks showing up so there is no doubt as to where the story is taking place: there’s something decidedly cool about Korean icon Han Suk-Kyu wandering around the Brandenburg Gate and chasing a suspect on the U-Bahn. Such moments of undeniable blandishment serve the purpose well however contrived they might be.

‘The Berlin File’ is weakened by certain elements. The storyline has twists and turns galore, but significant holes emerge throughout the film leaving a few questions niggling at the back of the mind. It should also be noted that Jun Ji-Hyun is given surprisingly little to do – a potentially interesting role descends into the usual damsel-in-distress drama not long after the halfway point. Ryoo Seung-Wan’s film is still compelling and stringently efficient like its two protagonists, a fact that outweighs the negatives that poke through.