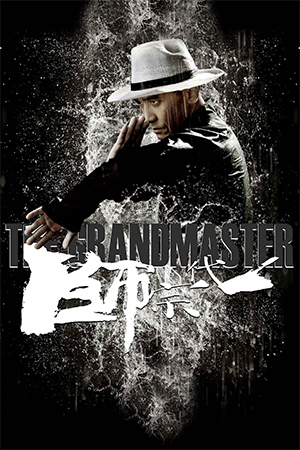 When the head of the northern martial arts community, Gong Yutian (Wang Qingxiang) chooses to retire, he requests a duel to find a suitable candidate to bring the southern teachings to the north. Ip Man (Tony Leung Chiu-Wai) is a young, extremely talented martial artist who is highly thought of within the community but prefers to keep a low profile. Despite his protests, Ip is chosen as the southern candidate and goes onto win the duel fairly comfortably. Gong’s daughter, Gong Er (Zhang Ziyi) is incensed and immediately issues a challenge to avenge her family’s honour. During the fight however, the two combatants strike up a bond that will see their destiny’s strangely intertwined.  In the ensuing years, the pair are physically separated but manage to stay in contact, even though both must endure personal hardships. Ip Man struggles to cope with life after the Second Sino-Japanese War robs him of his wealth, while Gong Er is forced into a family feud that could destroy the very foundations of her clan.

Before I express my opinions on ‘The Grandmaster’, I feel obliged to point out that I am a Wong Kar-Wai fan. Despite being something of a marmite (love him or hate him) director, I’ve always been captivated by his work and several of his films could easily break into my all-time top ten. Okay, now that that is out the way I am just going to come right out and say that I was hugely disappointed by ‘The Grandmaster’. This is not to say it is a bad film per se, but it does seem to lack the creativity and depth that we have come to expect from such a masterful auteur.

For starters, the story feels severly underdeveloped. While I appreciate that just about every man and his dog is now familiar with Ip Man’s (fairly exaggerated) deeds of heroism, this isn’t exactly an excuse to ignore the character entirely. Sadly that is pretty much the case with ‘The Grandmaster’, as the film seems strangely disinterested in exploring the myth behind the man. Instead, the movie is probably better described as a philosophical examination into the world of martial arts. This idea in itself could have been a fairly interesting one, but it’s the lack of anything or anyone to emotionally invest in that really made me lose interest. I don’t mind if Ip Man goes strangely AWOL halfway through the movie or if the outcome to Zhang Ziyi’s revenge saga is painfully predictable, but I do mind if I couldn’t care less about what happens to any of the people involved. And that right there is my main problem with ‘The Grandmaster’; the movie throws in plenty of characters but you never really care about any of them. Hell, even the so-called poetic romance comes out of nowhere and reeks of a desperate attempt to link the two main stories.

This rather patchy approach also seems to affect the leading performances and some of the actors just appear to be phoning it in. Tony Leung Chiu-Wai is a particularly guilty party here, opting to play Ip Man as a bit of a smug git with all of the emotional range of a lemon. This is not entirely his fault though, because the script is at times quite pretentious and all he really has to do is spout preachy Confucian-style dialogue. Zhang Ziyi fairs a little better as the mean and moody kung fu master (or mistress?), but again the lack of real meat in the plot/script prevents her from bringing much more to the table. As for Song Hye-Kyo, she needn’t have even bothered to turn up as she is little more than window dressing and her side story evaporates before it has even begun.

And so we come to the action, my one true saving grace for ‘The Grandmaster’. Before you get too excited though, I must remind you that this is a Wong Kar-Wai movie so the emphasis is definitely more on style than any kind of intricate choreography. That said, it is here that the movie comes into its own and we are treated to some very atmospheric and beautifully staged combat. It’s definitely a little artier and not as hard hitting as the true greats of the genre, but there is clearly something very captivating and hypnotic about the way it is shot. My only gripe would have to be that the last fight ends about 20 minutes before the movie does, so there is no final bang and we are left with what feels like a filler-esque ending.

Although I clearly had a number of (probably personal) issues with ‘The Grandmaster’, I will still admit to enjoying it to a certain degree. There is no arguing that it is an entrancingly shot piece of work with some typically eye-catching Yuen Woo-Ping action choreography. It’s just a shame that the core of the movie seems to be such a far cry from the soulful masterpieces that Wong Kar-Wai originally became famous for.