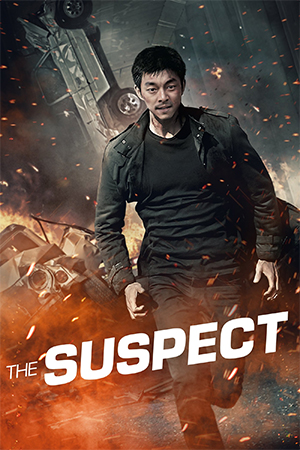 Dong-Chul (Gong Yoo) is the best field agent in North Korea – until he is abandoned by his government during a mission, his wife and daughter murdered. Torn between grief and vengeance, he winds up taking a job as a driver for the CEO of a powerful corporation. When the chairman is attacked by an assassin and left for dead, he uses his dying breath to hand over a pair of glasses to Dong-Chul. Accused of murder, wanted for treason, and desperate to uncover the secrets hidden inside the glasses, Dong-Chul is definitely in quite the pickle. Luckily, this is exactly the kind of situation that he thrives upon.

If you’ve seen any of the marketing for ‘The Suspect’, then you’re probably expecting a Bourne style spy thriller that clearly places the emphasis on its hard hitting action. And if that’s what you’re looking for, then you’ve certainly come to the right place. ‘The Suspect’ is essentially a stylish Korean blockbuster that revolves around a tough yet silent(ish) protagonist who goes around beating the stuffing out of every bad guy he comes up against. It’s not exactly what you would call original nor is it the best the genre has to offer, but it’s definitely a fun outing that delivers on all of its promises. You could of course complain that the film is touch too long or that the camera is about as stable as a drunken bear on a bicycle, but at the end of the day it’s still a decent bit of action fluff that pushes all of the right buttons.

When it comes to action, ‘The Suspect’ certainly has plenty of it and the majority is right on the money. The main order of the day is those quick cut fight scenes with very limited movements, which are designed to show you just how well trained the combatants actually are. I appreciate that this is a bit of a marmite style for some, but personally I think it works well for the genre and it’s generally very satisfying to see Dong-Chul snapping a few limbs along the way. There are also some shoot outs and car chases mixed in with the fights, and all of these are stylishly presented with just enough oomph to register suitably high on the excitement-o-meter.

If you’re a fan of movies like ‘The Berlin File’ or ‘The Man From Nowhere’, then you’ll definitely get a kick out of ‘The Suspect’. While it may not be perfect by any stretch of the imagination, it is still a fast-paced and action-packed thriller that is guaranteed to get the adrenaline pumping.