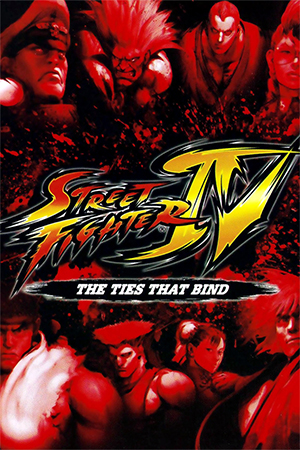 When famous martial artists from around the world start mysteriously disappearing, Lieutenant Guile and Interpol Officer Chun-Li decide to reunite to investigate. The pair immediately begin travelling the globe in search of answers but no one is able to provide any useful information. Meanwhile, Cammy and the Team Delta Red task force are alerted to an energy disturbance in the jungle, which is also seemingly without explanation. However, closer examination of the sight uncovers several bodies of the missing fighters. Cammy decides to join forces with Guile and Chun-Li who have now learnt that the operation is being masterminded by a new secret organisation known as SIN. After forcing their way into one of the organisation’s research facilities, they learn that the next target is their old friend Ryu so now the race is on to see who can get to him first.

Although it successfully captured the general look of the video game, ‘Street Fighter: The Animated Movie’ still left me feeling somewhat unfulfilled. With that in mind, I didn’t hold very high hopes for this latest entry, especially considering it was only released as an extra for the special edition of the game. Thankfully though, I was soon to be proven very wrong as I found myself not only enjoying this movie as a fan of the franchise, but also as a fan of an entertaining story. Yes that’s right, there is actually a story here and it is a surprisingly good one that manages to develop some emotional content behind the main characters as well as building upon the backgrounds laid down within the game. Sensibly, the movie also chooses to hold back on the amount of fighters, which may disappoint hardcore fans but does give the film a much more significant flow. Admittedly it does start to falter in the closing moments as Ryu and Seth get bogged down in morality issues, but even this did little to detract from what is easily the best plot line for any ‘Street Fighter’ movie to date.

When it comes to the animation style used for ‘Street Fighter IV’, it turns out to be surprisingly simple but I believe this works in the film’s favour. It’s all too common for an anime based around fighting to use the “steroid-inflated freak” look but this basic interpretation allows our heroes to appear far more human. Likewise, the facial expressions are always kept in the realms of the realistic, making the character reactions fun but never over the top. Considering how well this actually works, it may surprise you to learn that the same group weren’t responsible for the cut scenes used within the game. The ones they did use are simply awful and it makes me wonder whether Studio 4°C were too expensive to do the whole game or if the anime movie was just an afterthought.

As for the action on display, this is good but perhaps not great. Once again I think my main gripe is that there just isn’t enough of it but I suppose you have to accept this if you want a decent amount of story development. What action we do see is still pretty good though, and I think the most significant achievement is that they finally manage to find the right balance between the real and special moves. This is accomplished by allowing some fighters to only fight in a generic styles whilst others, most notably Ryu, get the chance to let rip with some of their special techniques. It’s also worth noting that everything feels the way it should for a ‘Street Fighter’ movie, with fireballs looking like fireballs and “Sonic Boom” or “Shoryuken” being screamed at all the right moments. As for the finale, this suffers in a similar vein to the story as the speeches spoil the atmosphere but it does follow Ryu’s ending in the game which is bound to be appreciated by the fans.

Although some may say I’ve been a touch generous with my final score, I think ‘Street Fighter IV’ deserves some extra credit just for managing to make a good ‘Street Fighter’ movie. On top of this, there’s a lot of room to expand upon the ideas and I hope Capcom use this as a springboard to develop the franchise further. Whatever happens though, thank you Studio 4°C for finally doing the fans proud!