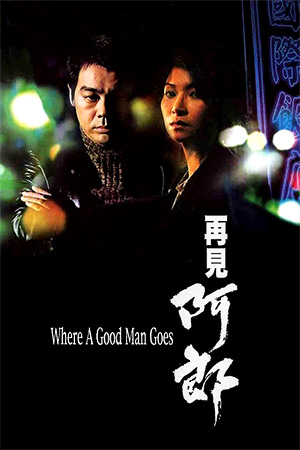 The commanding persona of Lau Ching-Wan takes the lead role of Michael, an aggressive and impulsive gangster just released from a Macau prison. Immediately on leaving prison, Michael upsets Macau’s taxi driving population by involving himself in a scuffle with some of their number. The ex-con seeks refuge in a small hotel that soon proves to be one of the only ones in the area that will actually accept him through the doors. With time on his hands, Michael searches Macau for the local villains who owe him money and he uses his now familiar strong-arm tactics to achieve this. Unusually though, the thuggish anti-hero finds himself drawn to the honest and hardworking Judy the landlady of his chosen abode and soon the search for his money is pushed to the back of his mind. Any hope of a sudden change in Michael’s character is premature, however, as pressure from an equally unpleasant cop continues to bring out the beast in him and compromise any affections he has for Judy. The time must come for Michael to decide where his intentions lie and finally put behind him the aggressive style he is so used to; but to do so will prove difficult with both sides of the law wanting a piece of him.

Critics remain sharply divided in their opinion of this Johnnie To feature; some see it as a brave attempt to examine the need for change and the difficulty achieving it, whereas others have been offended by the misogynistic tone of the film. Perhaps both sides can be understood as the film tackles challenging issues bravely, but does feature a few scenes that take away any sympathy or affection for the character of Michael. In fact, one begins to ask whether or not the title is meant as an ironic one because the supposed ‘Good Man’ is anything but ‘Good’. It’s true that when put alongside the other repugnant characters in the film, Michael seems less abrasive than usual. However this cannot erase the definite impression of antipathy towards the lead character and his extreme actions.

On the plus side though, Lau Ching-Wan and Ruby Wong are superb in the two main roles. Wong in particular gives an impressive performance that gives firm indication of her star rising in the future. To also makes good use of the Macau with plenty of crisp cinematography exposing its raw beauty. These positive parts of the film do not make up for what is a flawed attempt to produce a different kind of film from the Milkyway stable. The unrealistic and slightly uncomfortable relationship that is the film’s centre never lets the film be anything more than a watchable film from a director who more should be expected from.