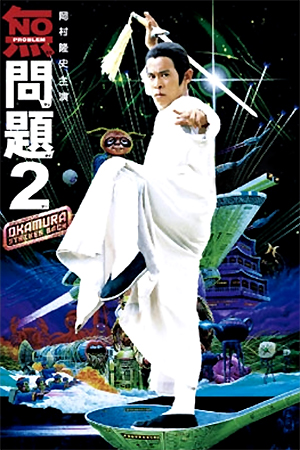 Most Westerners got into HK action movies as a result of the now dubbed “80’s Golden Age”, whereby a plethora of young and talented individuals could create a dozen hugely exciting and expertly crafted action movies every year – usually on a shoestring budget. A brief, but crowded,  “new-wave” of wirework films flooded the market in the 90’s before the industry itself almost appeared to die. A number of factors have been identified the cause (such as Hollywood influence, exodus of stars, lack of stunt talent, public demand etc…) but ultimately, for me and countless others we had to make do with searching out every last “golden age” film as our desire for quality action was no longer being catered for.

But all is not lost. There are still some people that value 80’s style action and work hard to keep it going. Most of these people are not actually from Hong Kong anymore (such as the AAC and Alpha Stunts Team) but nevertheless the thread of hope remains for a return to the “good old days”. As mentioned, it is commonly felt that the young performers and stunt guys of today are not up to the standards required to perform in the old style, so MTV hack editing and less intricate choreography have become the norm. Fortunately, some of the old guard can still kick it, and in the instance of ‘Moumentai 2’ wanted to prove it.

To me, ‘No Problem 2’ (although a joint Japanese production) has a hint of the old ‘Aces Go Places’ about it, combining typically overt HK humour with any excuse thrown in for an OTT action sequence. Many of the old Lucky Stars/Aces Go Places favourites make an appearance here in one form or another, including Yuen Biao, Chin Kar Lok and even Eric Tsang. The comedy elements are of the same old style and may not be to everybody’s taste but I will clutch at anything that shows threads of the aforementioned Golden Age. The action sequences are grounded and well choreographed, if a little too short. And it is often apparent that some of the performers are getting on a bit. However, they are still good fun, while added to the mix are numerous parodies of classic & contemporary action scenes from ‘Crouching Tiger, Hidden Dragon’ and ‘The Matrix’ – including a couple of “bullet-time” sequences – to the bus chase in ‘Police Story’.

The plot, while threadbare and generic, sees Takashi Okamura fly to Hong Kong to pursue his dream of becoming an action star. He gets mistaken for a hired killer (played by the still incredible Won Jin) and is expected to kill a Japanese girl who just inherited a huge business. Unfortunately, he falls in love with the girl, who is subsequently kidnapped before Yuen Biao steps in to teach Okamura kung fu and assist in her rescue.

There may not be much here that we haven’t seen before, but it’s certainly been a while since we’ve seen most of it done so well. The fight scenes might not beat anything from the 80’s but they go someway to reminding us they could still be done. At the same time it’s nice to see a production that isn’t aiming itself more at the American audience than its own.

If, like me, you are a huge fan of Yuen Biao or the old 80’s action comedies, then do yourself a favour and buy a copy of this DVD. Hell, buy 2 and show the producers that we want more of these kinds of films!

On a side note, Collin Chou (Ngai Sing) appears here and has certainly buffed himself up a bit – possibly in preparation for the Matrix sequels – and is one of the guys I place my hopes on to keep the martial arts genre alive in HK. And while I hope he is successful, I also hope he doesn’t join the exodus West.