During the yearly Terracotta Asian Film Festival, held at London’s Prince Charles’ cinema, we had the significant privilege to interview two rising talents from the Far East.

Rina Takeda (武田梨奈) was the name on action fans lips when a teaser trailer for her first film, ‘High Kick Girl’, found its way onto the internet. In a thirty second moment of kicking prowess, the then teen karate star left viewers eagerly anticipating the genesis of a new martial arts heroine.

With her second film ready for worldwide release, Far East Films had the opportunity to talk about her life and career so far and in the future. (all awkward umms and ahhs on the part of the interviewer have been edited out to preserve your sanity) 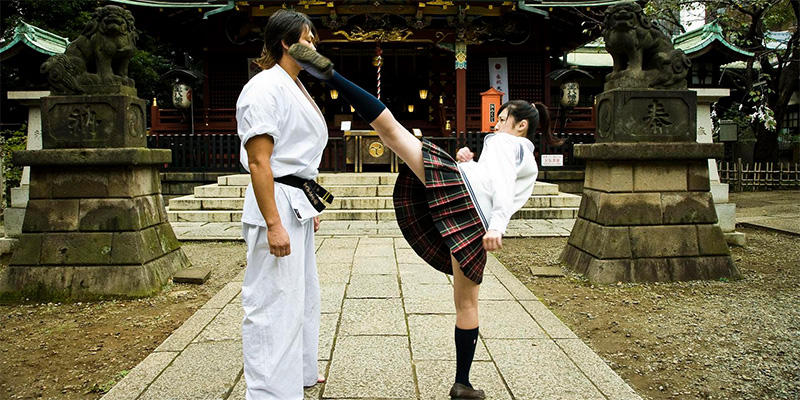 FEF: First of all Rina, could you tell us about your background in karate?

Rina Takeda: My father and my brother were learning karate and then I watched them in a tournament when I was young. They both lost and I was really upset, almost to the point of resentment and the next day I went to a Dojo to start learning karate.

FEF: Oh, I see, revenge! [Rina laughs]. Did you get them back? I wanted to ask if you were inspired by the great Asian action stars. 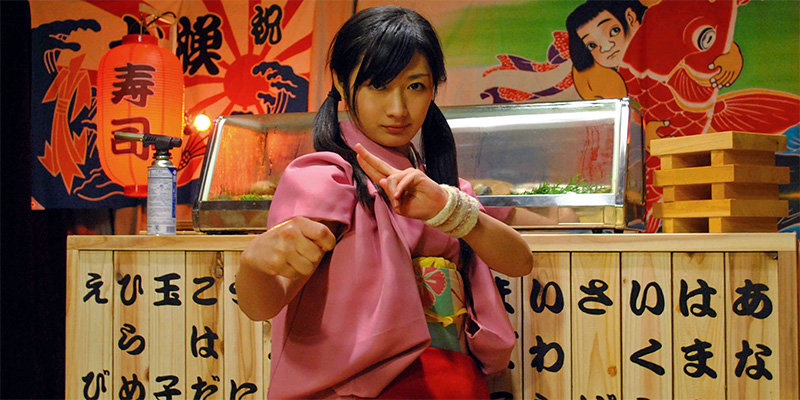 FEF: Are you surprised at what a following you have in places like the UK?

RT: I never knew there was any following in the country and then yesterday I was out by the cinema and everybody was hugging me, saying my name. They were all ‘Ah, High Kick Girl!’. I was so pleased!

FEF: I remember seeing that first trailer when you did that kick, the kick on that man…[indicating tall man] [Rina laughs]. Everyone was talking about ‘High Kick Girl’, what is ‘High Kick Girl’?, ‘Is it a film or a video game?…’ It was good to see you in a full movie. You seem so happy here, but in the film you were very angry, very [pulls frowning face]. [Rina chuckles] How hard did you find it to adapt karate for film?

RT: Acting was the hard thing. In karate, in a tournament, you know, you can’t show if you’ve got hurt, you can’t show anything, you’ve got to have a poker face. But in a movie I have to express if I’m really hurt so I thought that was a difficult part to learn.

FEF: Were there any times when the choreography got a bit too ‘real’, a few too many close shaves?

RT: There’s quite a lot of times! [everyone laughs] My team in the movie were actually martial arts experts and usually when you film there’s little contact, but we did everything real and so there are so many accidents. 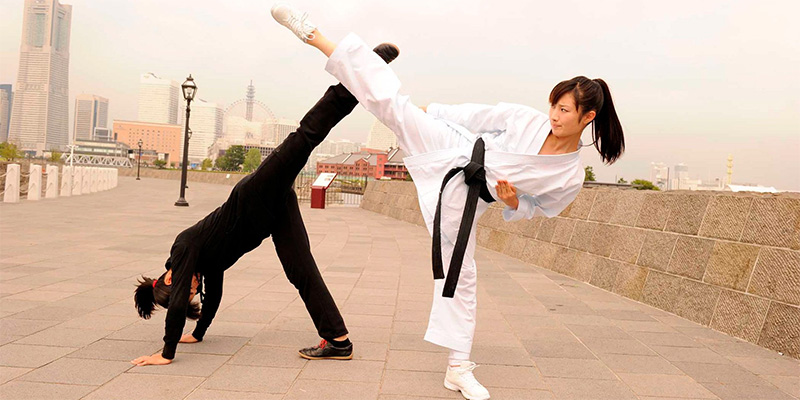 RT: Yes, I was bruised all over.

FEF: And how has your home market in Japan responded. Do you think they appreciate you as much as other Asian markets?

RT: The way people have viewed it has maybe been a bit different because it’s not like other karate. It’s not normally so attacking so that would be different for people.

FEF: I was thinking that one of the pleasures of ‘High Kick Girl’ was, well, the high kicks! It was good to see some proper kicking again in a film.

RT: Yes that was the main feature I wanted to show and it was real, full contact and that’s two things we wanted to emphasise. 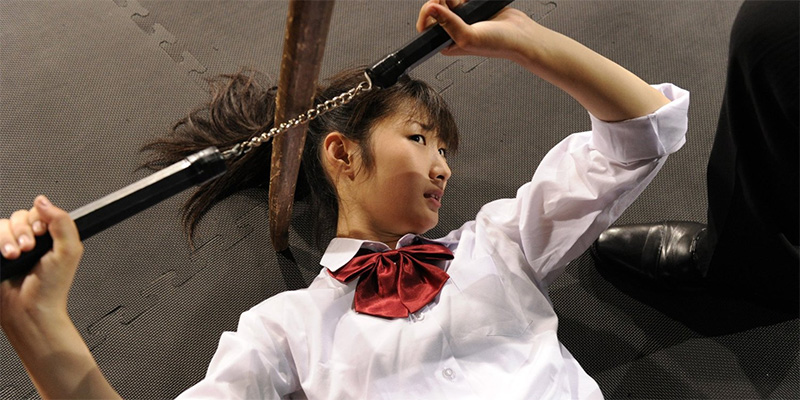 FEF: [laughs] Yeah, there was a few times it looked too real!

RT: Yes it was completely real.

FEF:I thought ‘I bet they didn’t get on too well afterwards’. [Rina chuckles]. It must be hard when you’re filming because you still need a daily routine of training in karate. What’s your daily routine?

RT: The first thing I do is build up my muscles and luckily my brother is also still learning karate and so we have sparring.

FEF: So who’s the best? Bear in mind that your brother isn’t here so you can say what you like… [Rina laughs but refuses to be drawn on the matter].

RT: I also have to do two or three hundred sit-ups a day…

FEF: Two or three hundred a day! I do one sit-up in the morning when I get up out of bed… [Rina graciously laughs at the poor joke]. That’s why I’ve got such good muscles [said poking flabby stomach]. Is there anyone in the film industry you’d really like to work with in the future? 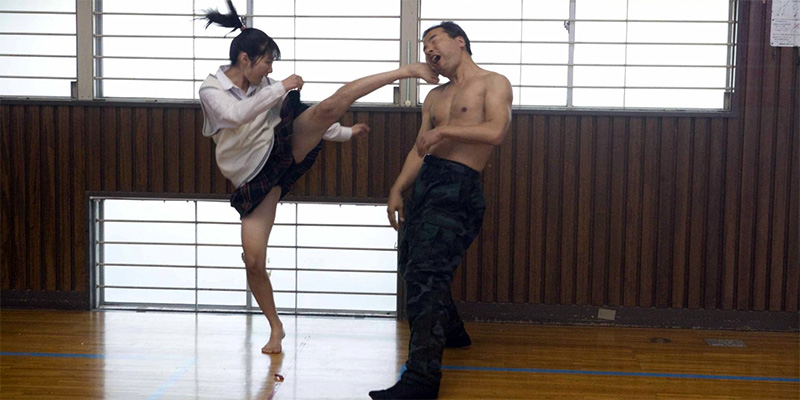 FEF: Ah, I’d like to work with him as well! (even as a tea boy if he‘s reading) He’s always been very popular in Japan hasn’t he? One of the great things about Asian action films is the strong women, and of course in other genres like drama and romantic films…

RT: I also like Angelina Jolie and films like ‘Sucker Punch’ and ‘Charlie’s Angels’. The women are always very feminine but strong and they look really cool, very grown-up. At the moment I know I’m not really looking grown-up, I look a bit more juvenile and that’s something I’m working on, hopefully I’ll be a little bit more sort of sexy and grown-up too.

FEF: I think that it’s thanks to Asian cinema’s strong action women that Hollywood has been able to do the same. Films like ‘High Kick Girl’…

RT: I’m going to try and be the number one action star in Asia, that’s my goal.

FEF: Rina, thank you very much for taking time to talk to us.

Far East Films would like to thank Rina Takeda, her manager Satomi Nagasawa, interpreter Sayaka Smith and Terracotta Festival organiser and all round superstar Claire Marty for helping to arrange this interview.