I admit, with a degree of embarrassment, to having recently watched the latest incarnation of ‘Charlie’s Angels’. I qualify this by saying that my wife and I sat down to watch it with full awareness as to how clumsy and agenda-driven this was likely to be – thankfully one of us (not me) had enough G&Ts on the go to make the whole experience rather fluffy. Even she, moments after the opening scene gave us the kind of heavy-handed ‘Women Can Do Anything’ rhetoric that you normally see in a pantyliner advert, was shaken back to sobriety after ingesting a few more frames of the pap on the screen. Yes, ‘Charlie’s Angels’ 2019 is like the ‘Avengers: Endgame’ of the Mary Sue, a conglomeration of tub-thumping scenes set against the backdrop of the most evil thing in the universe (Patriarchy rather than Thanos).

The major problem is not that Elizabeth Banks made a film that featured three near super-powered heroines who were beautiful, smart, brave, sassy, tough..yadda yadda, it was that she would insist on telling us about it during nearly every frame. It would be like watching two episodes of ‘MacGuyver’ back-to-back while ‘What A Man’ by Salt & Peppa played on a loop (infinitely more preferable actually). By the end of the film I was massively unimpressed that my wife couldn’t create a rudimentary bomb from household objects after having a two hour TEDtalk on how her gender could do anything immediately and without question. Yes, I know, it’s a film. Yet it was a reminder of how, whenever Hollywood gets a bee in its bonnet over something, their way of tackling it on screen is as graceless as a hippopotamus on roller-blades. And that’s where we turn to Asian cinema (yes, I got there eventually). 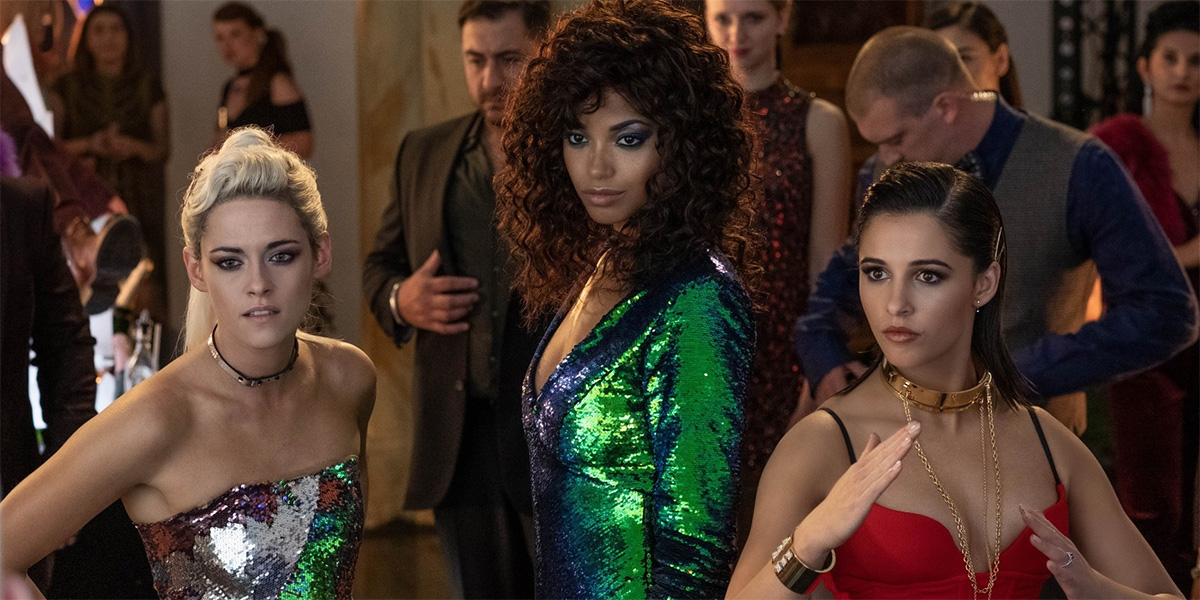 The strong female character has always existed in cinema despite recent thoughts that it is a new invention. The difference is that writers in the past knew how to create them with the nuance and care that all good characters deserve. Female action heroines, however, are less common in the West though there have been some exceptional examples like Ellen Ripley, Sarah Connor, Foxxy Brown and Imperator Furiosa. Meanwhile Asian cinema is replete with heroines who are every bit as courageous as their male counterparts and often just as willing to put their very life on the line for the production. This is where we now turn to a 1987 film starring Michelle Yeoh, ‘Magnificent Warriors’, and see just how far ahead of the curve an action movie over thirty years old can be. More importantly, how you give viewers a heroine that respects their intelligence.

‘Magnificent Warriors’ was made by Dickson Poon’s ‘D&B’ company in 1987. Often referred to as a female Indiana Jones or Michelle’s own ‘Armour of God’, ‘Magnificent Warriors is much more than just a pale imitator of its big brothers. The underrated David Chung gives us an opening scene worthy of an iconic action heroine as Michelle Yeoh flies a bi-plane, rides into a dusty Manchurian outpost and destroys a group of grim gun-runners and ne’er-do-wells. Watching Yeoh’s moves is incredible and the choreographic team really push her in every way possible. Her previous training in ballet and dance would have assisted with her flexibility and stealth, but the uncompromising smacks and tumbles she has to endure are every bit as remarkable as Jackie Chan and Sammo Hung underwent at the time. While you might argue that you could hardly expect Kristen Stewart to put up with the same treatment today, the other key difference is just how well everything is shot. In the risible ‘Charlie’s Angels’, everything cuts with urgency and there is never any accounting for the smaller frame of the heroines – they just bludgeon their opponents with indefatigable glee. Yeoh, however, is shown to use speed, power and intelligence in the fisticuffs; you are fully invested in what she can do and the villainous hordes, early proponents of Equal Rights, certainly don’t go easy on her. It is ‘show’ instead of ‘tell’, that classic demand that good film-makers stand by. There isn’t a raucous background of ‘Sisters Are Doing It All Themselves’ to hammer home the point, nor a speech from Yeoh about gender roles. There is just an actress performing feats that makes us ordinary folk shudder to even contemplate and a director who knows how to film it. 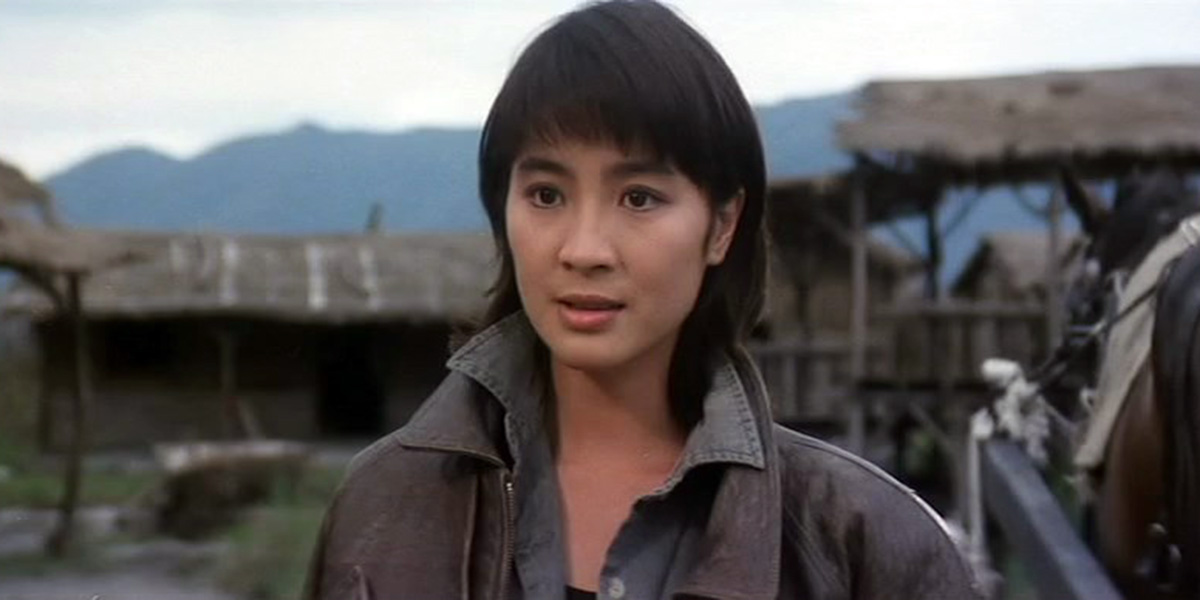 Yeoh is given numerous further opportunities to shine, whether it be a short fight with Lo Meng or her astonishing use of a trusty rope-dart, all designed to be realistic and thrilling. Even her female co-star, Cindy Lau, gets to perform some well-worked moves and is certainly not in the film just for the male gaze. The two team up to take on Hwang Jang-Lee at the end and it is credit to them that the fight looks realistic despite it being against one of cinema’s most ferocious figures. Yeoh also rides, drives, jumps, rolls, and flips, all the while with a charming wink in her eye.

And here is where Michelle Yeoh’s performance in ‘Magnificent Warriors’ is an effective bulwark against the onslaught of lazy Mary Sues that we now have. Throughout the film, Yeoh is a heroine; a woman; one who lacks an Adam’s Apple. There is no attempt to masculinise her – she looks feminine throughout – and there is no attempt to turn her into the exaggerated version of womanhood that is seen in the 2000 ‘Charlie’s Angels’; you won’t see her being shoved around like a piece of over-sexualised meat. She is therefore that great gift that cinema can give us – a realistic character that we can relate to.

Now let’s address the elephant in the room: Michelle Yeoh is beautiful and she looks incredible in ‘Magnificent Warriors’. That is her terrible burden to overcome. Yet that is neither here nor there as it does not imply that this is her secret weapon and that you have to look like a former Malaysian model to get ahead in the world. Nor do you have to have the prowess or strength of Yeoh, something of a relief for us ordinary creatures. What you need is wit, wisdom and no small measure of heroism to win the day. 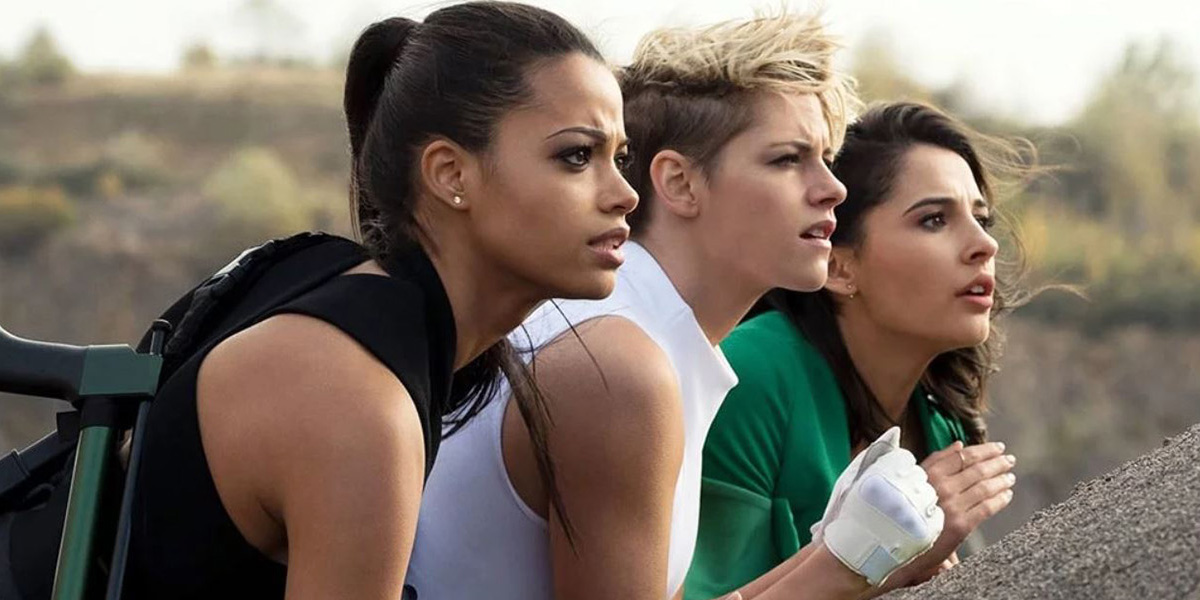 ‘Charlie’s Angels’ 2019 was intended to somehow supercharge women around the world as if they were all waiting for some clumsy call-to-arms to show their worth. As if it couldn’t quite manage it with mind-numbing action, it chose to force-feed the viewer Banks’s crude take on the Battle of the Sexes, the one where all men are gutless chauvinists and women are seething containers of atomic brilliance and wonder. Contrary to popular belief, this isn’t a necessary pay-back for years where the roles were reversed though. There have been great films with predominantly strong male characters, others where women take the spoils. In action cinema, the ratio might be in favour of the former, but any GOOD genre piece doesn’t just shove a simpering Penelope Pit-Stop into the mix. Think of Bonnie Bedelia in ‘Die Hard’; not someone running on broken glass like her husband, but by no means a push-over. This is where the near extinct quality of nuance comes into play.

Ultimately, ‘Magnificent Warriors’ is a genuinely thrilling piece of action adventure and, though Yeoh plays a big part in its success, there are many elements that work. The comedy clicks, the set-pieces are defined enough to be memorable and the storyline is tightly wound. Nevertheless, the huge feeling on watching it again just a few weeks after sitting through ‘Charlie’s Angels’ is how bankrupt this latest production-line of Mary Sues really is. ‘Magnificent Warriors’ is there to entertain and thrill rather than preach an incondite message that even Tampax would consider too overt. It treats its heroine as more than a pouting, febrile woman who acts like she’s in ‘Porky’s’ (as in the 2000 edition) and certainly dignifies her with being more than the director’s agenda-cudgel as we see in the 2019 version. 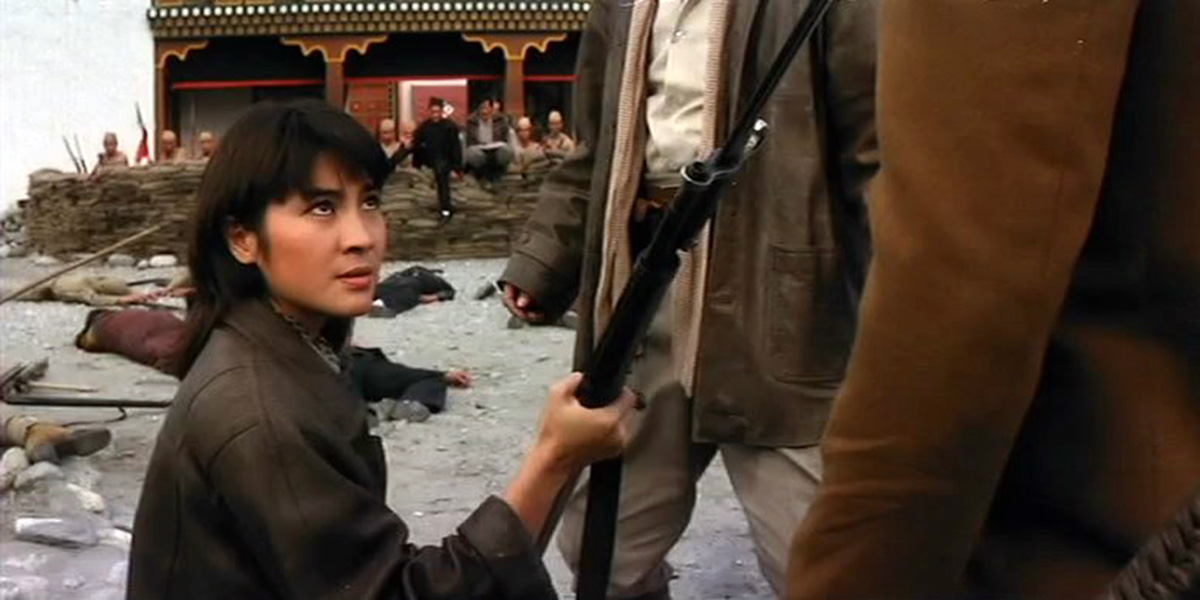 Hong Kong cinema has given us many examples of these tough and feminine heroines over the years. When we used to watch them, we never thought ‘Oh look, it’s a mere girl doing this!’ or have some innate fantasy to get beaten up by Moon Lee (as splendid as she is). We revelled in the fact that a person with different strengths and limitations to ourselves was saving the day. We didn’t need to be female to be wowed by Cynthia Rothrock or Kara Hui. All we needed was film-makers who understood how, despite being a different gender or race, we all respond to appealing characters. Even a pale Anglo-Slav like me could be as determined as Yukari Oshima or as sassy as Anita Mui! Much of cinema has become reductivist and divisive while ironically thinking itself progressive and virtuous. One look at a minor gem from 1987 shows us what a parlous state we are in despite the way many cock a snook at the past.

So why not dust off your copy of ‘Royal Warriors’ or ‘The Outlaw Brothers’ and recall a time when it was all about ‘show’ and not ‘bludgeon your audience into a slobbering pulp lest they dare question the rabble-rousing cry before them. 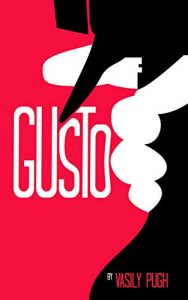 “When Slovakian worker Eliska Hudakova is hired to work as a housekeeper to bitter academic Elizabeth Clement-Walters, she has little idea what she is letting herself in for. Exacting, critical and acerbic, the former feminist icon is determined to make the work as arduous as possible for the immigrant, but will pay her well for the privilege.

Yet Eliska is not quite the delicate nobody that her employer thinks and, when a series of events changes the dynamic between them, it becomes difficult to know who is using whom. Very soon, a game of cat-and-mouse develops between the two and the stakes continue to rise after a chance discovery. When each woman’s past begins to creep back into the dynamic, all hell might just be let loose.”