There’s nothing better than a good villain and old school kung-fu films have them in abundance. Here’s the first part of our selection of memorable antagonists along with our unique rating for who really has us quaking in our boots… 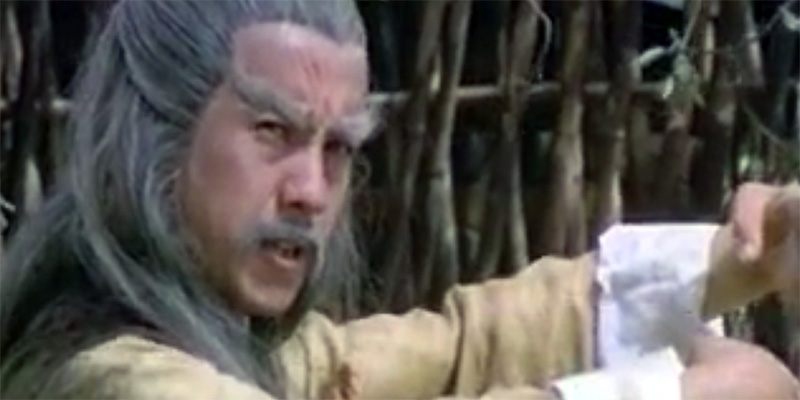 HE’S SCARY BECAUSE: From his appearance in the first few frames, there’s never any doubt that Mr. Killer is a brutal son of a gun. His first victim croaks ‘Five Elements!’ just before Ghostface gives him a royal pasting and makes light work of everyone until his comeuppance in the finale. Not many villains have transcended the boundaries of the genre, but this silver-haired psycho has given his name to a certain rapper, though ‘Ghostface Killah’ decided to drop the ‘er’ and replace it with a much more imposing sounding ‘ah’.

FEF RATING: 4 ½ stars – misses out on top marks only because he shows off a bit too much with a highly dubious use of the splits accompanying any scene he’s in. 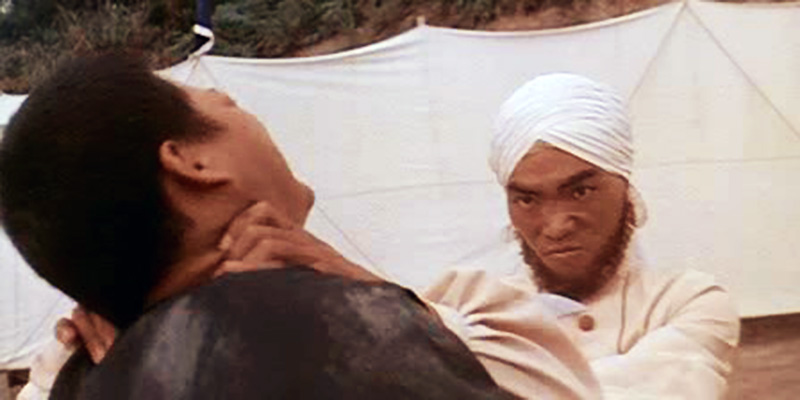 HE’S SCARY BECAUSE: His arms extend – like a human form of one of those fairground games where you invariably fail to get the cheap plastic watch or cuddly toy you want. He may not be the main villain of the film, but you certainly will not forget his ten minute cameo.

FEF RATING: 3 stars – dare I say a bit too unintentionally amusing to really hit the absolute heights of nutterdom. And in this era of political correctness, his blacked-up make-up (though it’s really a weird grey that looks like he’s been moonlighting as a chimney sweep) doesn’t help his cause. 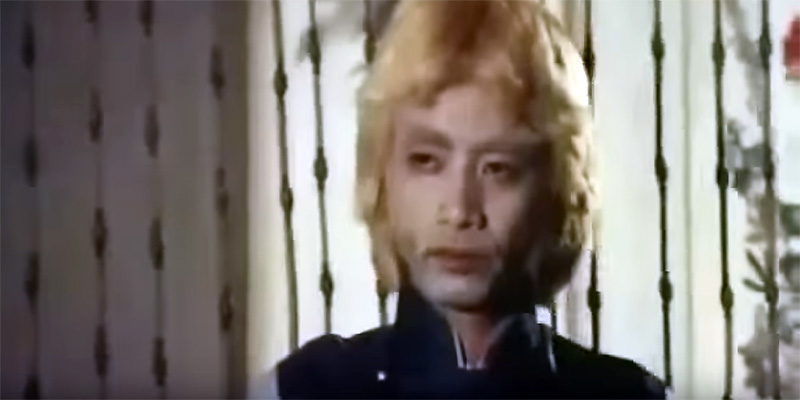 NAME: THE LIVING PLUTO (played by Tommy Lee)
FILM: The Hot, the Cool & the Vicious

HE’S SCARY BECAUSE: His name alone is worth a mention. ‘The Living Pluto’ hobbles around like a blue-faced, golden haired Yoda, but don’t be fooled by his benefit-cheat pseudo-disability: this leaping loon takes on Tan Tao Liang and Wang Tao single-handedly, leaping from trees like a crazed simian (prompting the pair to nickname him ‘Golden-Haired Gorilla’). 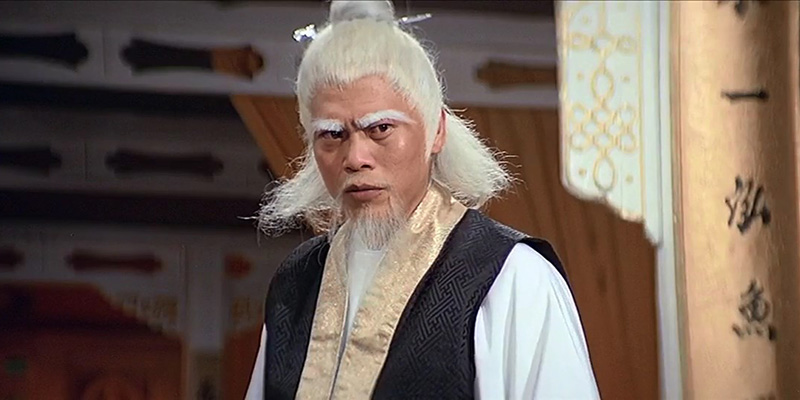 HE’S SCARY BECAUSE: Not only is he wonderfully arrogant (uttering lines like ‘You think you’re good, but you’re not you know’ and ‘How dare you fight me with such poor kung-fu’!), but he also has the brilliant ‘Hundred-Pace Palm’ up his sleeve. And he’s only got one weak spot! And he frequently beats groups of hapless heroes while playing with his silvery locks, barely breaking into a sweat. A kung-fu villain minimalist who likes a restorative bath and a witty one-liner.

FEF RATING: 5 stars – Pak Mei is the perfect combination of style and substance, topped off by his superb dubbed voice on the English soundtrack. 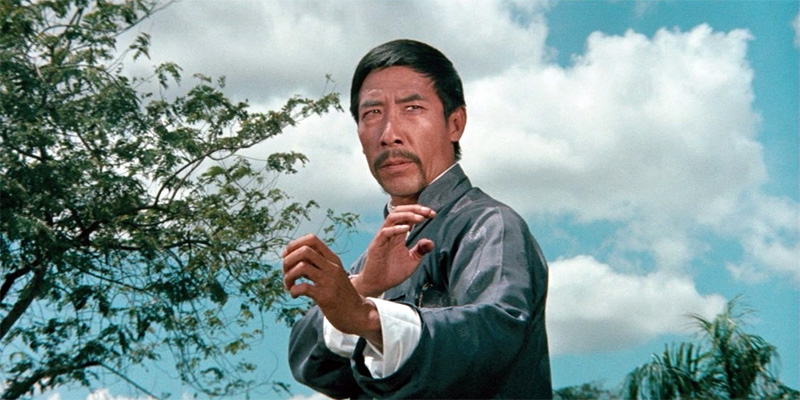 HE’S SCARY BECAUSE: Not only does he smuggle drugs in ice and run a prostitution ring, he also happens to be a nifty fighter and has a few leaping Alsatian hounds to call on. A bit wiry – he’s got a kind of Albert Steptoe physique – but makes up for this with sheer cackling wickedness.

FEF RATING: 2 ½ stars – ‘Far East Films’ would never condone ageism, but ‘The Big Boss’ shuffles along like a man who should be tending his allotment rather than messing with Bruce Lee. 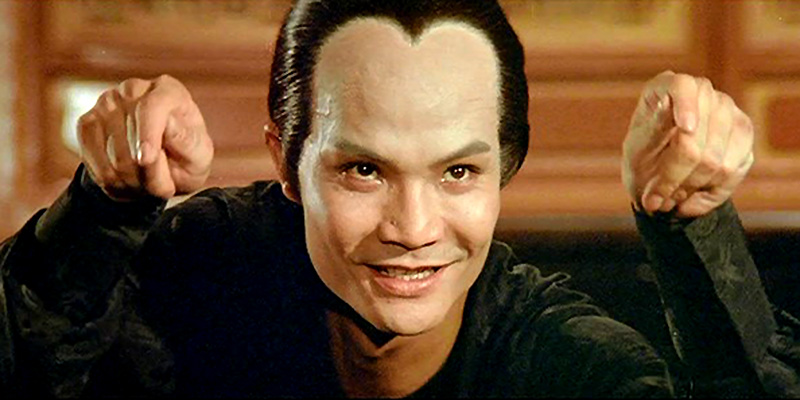 HE’S SCARY BECAUSE: Although he pretends to be an old curmudgeon for much of ‘Warriors Two’, in the last ten minutes he reveals himself to be a mean crane fist fighter with a stark haircut you can set your watch by. While he does leave most of the grubby stuff to his underlings, when he comes to giving Casanova Wong a pasting, he is happy to oblige.

FEF RATING: 3 stars – The three amigos at ‘Far East Films’ are hard-working to a fault and were a bit perturbed by Mo’s reluctance to break into a sweat until absolutely necessary. We’re all for delegation but old-man-impersonating Mo takes the biscuit.

Latest posts by Andrew Saroch (see all)
You Must Be Tired Of Living!