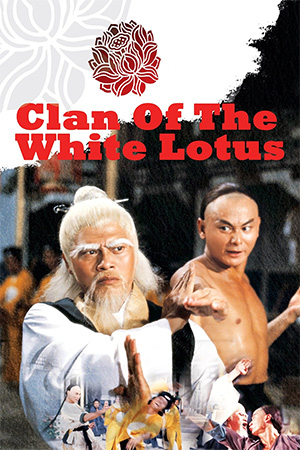 Virtual remake of the classic ‘Executioners of Shaolin’ with Lo Lieh at the helm and the superb Gordon Liu Chia-Hui in the lead role.

A young patriot (Liu Chia-Hui) sees his brother and friends killed by the dastardly Pak Mei -The White Eyebrow Hermit and vows revenge. However, that certainly wont be easy as Pak Mei has mastered internal breathing meaning he only has one weak spot in his entire body and simply floats away from attackers’ blows. Liu trains hard and finds the lair of Pak Mei, but receives a sound thrashing. A second time he goes and a second time he only just escapes with his life. After a lengthy recovery, Liu discovers that the soft approach of ’embroidery kung-fu’ might be the only way to beat his vicious foe. With new skills, our hero is ready for one final battle…

Another awesome Shaw Brothers film with an insane concept and some heavenly fight action choreographed by the one and only Liu Chia-Liang. Another world-wide cult classic that deserves all the adoration.