Written and directed by Ryoo Seung-Wan and inspired by true events, the film depicts the perilous escape attempts made by North and South Korean embassy workers stranded during the Somali Civil War in the 1990s. The cast includes Kim Yun-Seok, Zo In-Sung, Heo Jun-Ho, Jeong Man-Sik, and Kim Jae-Hwa.

Synopsis: Dramatically constructed based on a true story: as civil war rages in Mogadishu, rival North and South Korean diplomats are left trapped. With no aid from either government, their only shot at survival may require uniting with bitter adversaries to escape.

‘Escape From Mogadishu’ is available to pre-order now from Amazon.com. 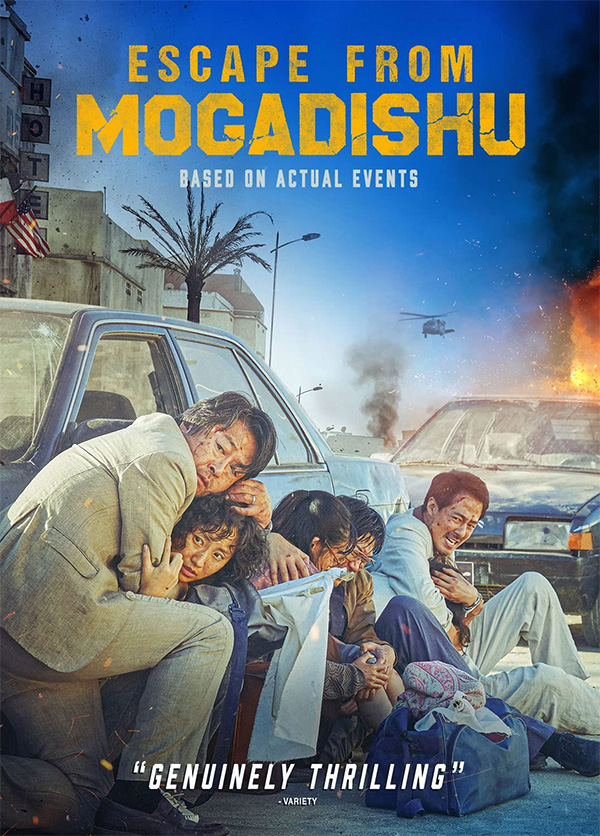