In ‘Hapkido’ (aka ‘Lady Kung Fu’), a group of martial artists (Mao, Sammo Hung, and Carter Wong) start their own school to teach the Korean martial art, Hapkido, but a rival Japanese academy attempts to crush them – deeming Hapkido inferior to their Japanese fighting style. Similar to the plot of Bruce Lee’s ‘Fist of Fury’ (a canny decision by the filmmakers, capitalising on Mao often being referred to as a “female Bruce Lee” ), ‘Hapkido’ was a huge hit in the West, even briefly beating Lee’s ‘Enter the Dragon’ at the North American box office.

Perhaps her most iconic film, ‘Lady Whirlwind’ (bizarrely re-titled as ‘Deep Thrust’ in the US, to capitalise on the success of ‘Deep Throat’, which probably made its tag lines—“The Deadly Stroke of Bare Hand Combat” and “Mistress of the Death Blow”—a tad misleading) stars Mao as a deadly fighter out for revenge on the man who wronged her sister (Chang Yi). After tracking the man down, she finds he is on his own vengeful path against a gang of Japanese thugs and agrees to help keep him alive – as long as she gets to take her revenge when it’s all over!

The Angela Mao boxset is available to pre-order now from Amazon.co.uk. 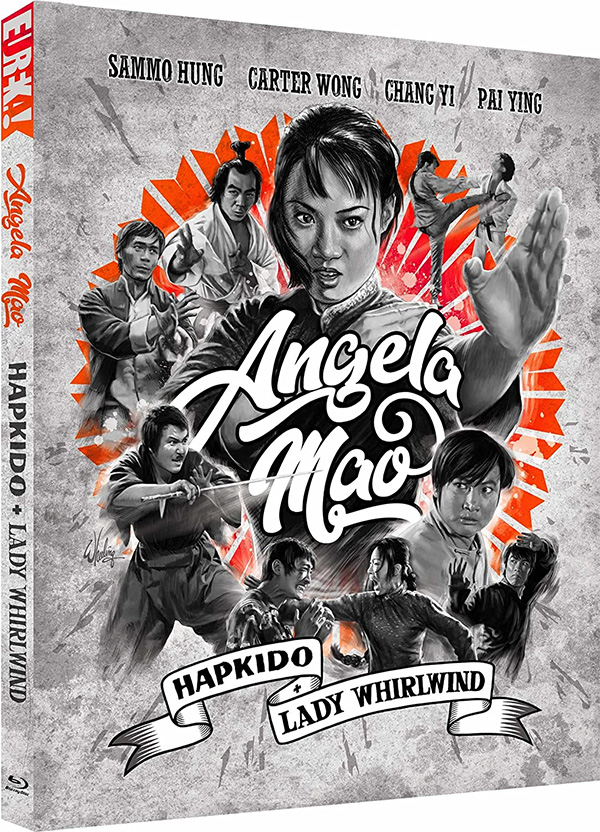