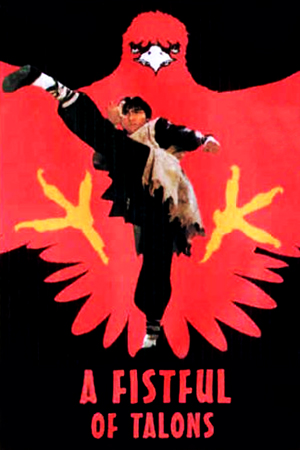 In an attempt to cash-in on the great success of Jackie Chan and his Seasonal hits, producers threw a number of stars into a variety of vehicles supposed to be the next ‘Drunken Master’. Most of these films proved to be average kung-fu comedies at most and it was no surprise that many disappeared without a trace. However, there were talented pretenders to Chan’s crown; foremost among these were Conan Lee and Indonesian star Billy Chong. The latter appeared in this above average and atmospheric kung-fu flick.

Near the end of the hated Ching dynasty, the last remnants of the powerful regime organise themselves in groups designed to get back their influence. Heading these is a ruthless general (Whang In-Sik) who uses his connections to track down one particular betrayer who seeks to destroy their plans. This ex-member of the pro-Ching forces hides out at a distant inn where he hopes to remain hidden and work out his next move. While there the fugitive meets a cocky young fighter (Billy Chong) who vehemently hates the Chings and goes out cutting of the braids of those he does find. After a furious battle reveals the true identity of the inn’s mysterious guest, the arrogant youngster decides to join himself to the stranger’s cause. Realising that the skills of his eager new student are far inferior to those of the enemy, the reluctant teacher decides to train him and advance his kung-fu abilities. When the Ching general tracks down his target and moves in for the kill, it is up to the student to put into action all that he has learned.

Perhaps Billy Chong’s most polished and constantly entertaining film, ‘A Fistful Of Talons’ takes a well-used storyline and turns it into something much more original. The revenge narrative is the staple of the kung-fu genre, but here it is given an interesting context to operate within. The political aspects of the setting helps make the over familiar strangely refreshing. Much credit must go to experienced director Sun Chung who had made a number of impressive features before this. As is always the case when he directs, the environment that surrounds the characters is an important component in the film; the fighters are often dwarfed by the background and intimidated by its appearance. Stylistics aside, this is filled with well-crafted and exciting fight scenes. Billy Chong is given every chance to shine though at times he does seem to be prevented from really unleashing everything he can do. ‘A Fistful Of Talons’ is a good reminder of the talent that was Billy Chong. He may not have had the same impression on Asian cinema as Jackie Chan, Yuen Biao, Sammo Hung or Liu Chia-Hui, but he deserves a place in the memories of kung-fu fans.