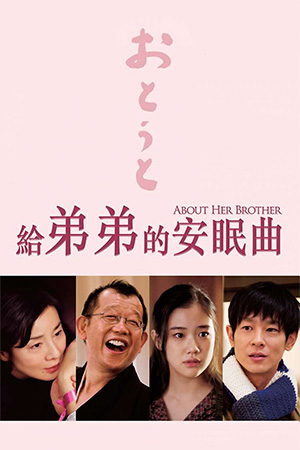 Koharu Takano lives with her widowed mother in a Tokyo suburb, assisting at the family pharmacy when not studying. Mrs. Takano is busy preparing her only daughter’s wedding to the son of a wealthy local family and relatives from across Japan attend. Unfortunately, among this number of guests is Tetsuro, Koharu’s uncle who hasn’t spoken to his sister since making a drunken exhibition of himself at the anniversary of her husband’s demise. Tetsuro vows not to let alcohol touch his lips, but soon the free-flowing champagne finds its way down his gullet and the inebriated uncle manages to ruin his niece’s special day. The next morning the full extent of his behaviour dawns on him and a contrite Tetsuro promises to mend his ways.

Years pass and Mrs. Takano finally hears of her brother’s actions in Osaka from an ex-girlfriend left impoverished from his gambling. After facing a tearful plea for remuneration, she gives the visitor her life savings and vows to cut Tetsuro off forever just as her other siblings have done. Yet the memory of her late husband’s regard for Tetsuro, coupled together with worrying news from Osakan authorities, sends Mrs. Takano on a journey to find her brother.

Few great directors can point to as varied a body of work as Yoji Yamada. Nearly eighty years old now, Yamada has furnished Japanese cinema with significant works that cross all genres, the thing in common with all of them is the exquisite skill of the man behind the camera. The long-running Toru-San films made him an Asian institution while Western audiences likely began to appreciate this auteur with the global release of ‘The Twilight Samurai’ and ‘Hidden Blade’. ‘About Her Brother’ is one of his very latest works and will probably go down as one of his finest.

The story starts with a little recap of post-war Japanese history that includes a clip from Yamada’s beloved Toru-San. The inclusion of it is no accident as the character of Tetsuro owes a minor debt to earthy hero though his actions are far less forgivable than the good-willed meddling of our lovable tramp. Tsurube Shofukutei, fresh from a Japanese Academy award for Best Actor in 2009, does what few actors could achieve despite its necessity: he makes us care for Tetsuro. That’s an easier task at the beginning when his drunken antics are amusing in an awkward way, but is more challenging as he becomes increasingly indolent and misguided.

The majesty of Yamada’s finest works – of which this will undoubtedly be considered among – is an ability to weave together all of the Japanese grace with a gently flowing narrative that whisks the viewer along while also tending a core of heartbreaking pathos. ‘About Her Brother’ turns its two hour duration into a joyous journey that seems to last half the time, an achievement not to be underestimated in a world of needlessly bloated dramas.

‘About Her Brother’ showcases Yamada’s deft understanding of the Japanese family, yet has a universality that ensures each significant moment hits home no matter where in the world it is viewed. There’s a humanity within each moment of dialogue between brother and sister that recalls Ozu and has that same ability to etch itself into the memory of the patient viewer. Bravo Mr. Yamada, a great film-maker who remains criminally underrated by many.