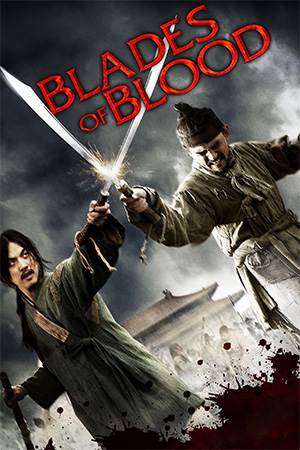 A classy affair all round, ‘Blades of Blood’ is an invigorating and hugely enjoyable slice of chanbara styled storytelling from Korea. Featuring some sumptuous photography and characters with real personalities and like-ability, ‘Blades of Blood’ takes the overused set up of a man out for revenge and crafts a refreshing and exciting story of a set characters trying to set a series of wrongs right. On the one hand the film is about the now gone bad Lee Man-Hak (Cha Seung-won), who has formed a renegade alliance to attack the corrupt Korean government. But along the way he has lost sight of his objective and seems to be slaughtering village after village of those who don’t agree with his plight. During one such massacre, he slays the father of young upstart Gyeon Ja (Baek Seong-hyeon) who swears revenge on Lee Man-Hak. Thrown into the mix is blind swordsman Hwang Jun Hak (Hwang Jeong-min), who can give Zatoichi a run for his money, who wants to stop the once noble Lee Man-Hak from his bloody rampage and befriends the young Gyeon Ja training him to fight along the way, sympathising with the kid’s need for revenge.

While the narrative seems a little muddled at first, the film soon finds its groove as the characters set off across the land (some slaughtering, some looking for revenge) all inevitably set on a collision course. This is where ‘Blades of Blood’ really shines, as it is about this set of characters: some of them learning who they are and what they are capable of, while others have seemingly forgotten why they are doing what they are doing. Bad guy Lee Man-Hak is certainly a formidable presence and an absolute bad ass in the fight scenes but he is also a man with intentions and feelings. Intentions and feelings that have lost their significance and at one point actually had a purpose. This means even the bad guy is human to some extent and it’s refreshing to be able to sympathise (to some degree) with the villain even though he is a bad man. Likewise, the relationship formed between Hwang and Gyeon is nicely realised the two infused with personality, their blossoming friendship feeling real. Hwang’s continuous need to smack Gyeon is a nice comedic touch and the filmmakers decision to not thrust Gyeon continuously front and centre as some kind of bad ass hero is also a welcome technique: his inexperience often working against him but his enthusiasm and thirst for revenge constantly pushing him forward to achieve his goal. Special mention should go to Hwang Jeong-min who gives a brilliant performance as the blind swordsman.

In addition to all the great character development (which mercifully plays down the melodramatics and instead gives us personalities so it always feels like we are watching real people) the film is shot in a gorgeous and non flashy style recalling period epics from yesteryear and this has to be the first Eastern epic in a while that thankfully doesn’t resort to thousands of CGI soldiers for its action scenes. In fact, there is barely any CGI on show for a change, the period detail all created for real and hundreds of extras on hand to create the armies. The action is also top notch with lots of chanbara styled fights taking place. In fact, many of the best action elements are the one-on-one sword fight duels which are shot and cut with clarity and allowed to play out for maximum emotional pay off. The epic duel between Lee Man-Hak and Hwang Jung Hak is a sight to behold, realistically choreographed and the best sword fight to be put on screen in an age.

‘Blades of Blood’ was a pleasant surprise and a great period action drama from Korea. It will unfairly be overshadowed by more popular period epic such as ‘Hero’, ‘The Warlords’ and such like but ‘Blades of Blood’ can stand on its own two feet and is a worthy companion to those highly regarded epics.