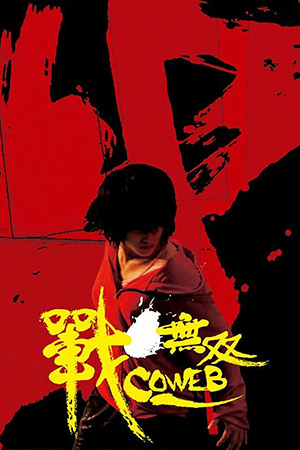 2008 saw the welcome return of the female focused martial arts film, with notable new entries emerging from Thailand, Denmark and, in the case of ‘Coweb’, Hong Kong. This particular entry garnered a lot of attention as it not only marked the directorial debut of stuntman Xiong Xin-Xin, best known for his work on the ‘Once Upon A Time In China’ series, but it also introduced the talents of Jiang Lu-Xia, a finalist on Jackie Chan’s ‘The Disciple’ reality TV show. The question is, does this gathering of great martial arts talent automatically equal a good movie?

Nie Yiyi is a Guangdong martial arts instructor who has struggled to come to terms with the death of her father. In an effort to drag her away from her troubles, childhood friend Chung Tin persuades her to go to Hong Kong and become the bodyguard for rich tycoon Ho Kwun. When Ho is kidnapped under mysterious circumstances, Yiyi and Chung launch themselves into a full scale rescue mission. As Yiyi takes on wave after wave of bad guys, it is suddenly revealed that she is in fact the target of an underground gambling organisation who broadcast the fights online. Although Yiyi completely disagrees with their motives, she is left with no choice but to gamble with her life one last time in an attempt to tracks down the men responsible for kidnapping Ho.

As is often the case with low budget HK action movies, ‘Coweb’ is a bit of a mess when it comes to the storyline. Opening with an extremely cheesy bit of back story that is loaded with moody piano music and plenty of slow motion, the film then proceeds to completely disregard these details and just forge ahead with the most basic of premises. Unfortunately, this desperate desire to get our leading lady into action just leaves the audience scratching their heads as to why she would choose to fight tooth and nail for a man she barely knows. To make matters worse, the film then employs a number of routine plot twists that are not only frustratingly stupid, but are also obscenely obvious to everyone but your neighbourhood blind man. In a last desperate attempt to try and make the audience give a damn, Xiong Xin-Xin then opts to throw in a handful of preachy speeches and yet more musical interludes, but someone needs to tell the man that a feature film requires a little more attention to detail than a Cantopop music video.

The real draw here though is undoubtedly the film’s fight scenes and although the majority of them aren’t too bad, they are often knocked down a peg or two by the man behind the lens. While Jiang Lu-Xia is clearly a very proficient fighter who shows all the right moves, most of the fights seem to be shot from a multitude of angles, including placing the camera upside down and shooting from a close-up of someone’s waist. Now while this may make the director feel like a clever sausage, the only effect it has on the audience is to drag us out of the action and make us feel extremely dizzy. Similarly, the choreography itself just doesn’t seem to get the adrenaline flowing, with a selection of kicks and wire-assisted flips seemingly set on repeat. Of course, you may attribute this to personal taste or just me being overly picky, but I couldn’t shake the feeling that it all felt rather lightweight.

From the original promos, ‘Coweb’ appeared to introduce a new heroine who could deliver a little slice of that old school Hong Kong magic. Unfortunately, it really only delivers on half of this promise, as while Jiang Lu-Xia is definitely a talent for the future the film itself barely seems to register on the excitement scale.