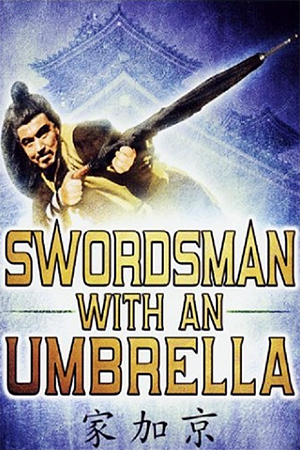 After seeing his parents mercilessly slaughtered, a young child only just manages to evade the killers, but is therefore alone in life. Thankfully he is rescued by a peculiar old man known as Iron Man who then teaches him how to protect himself. Following the lengthy training and his own development from child to adult, the student is now Iron Umbrella – a swordsman who fights with a steel-tipped umbrella. When his master kills himself Iron Umbrella is assigned the task of hunting down those responsible for the death of his parents and master. Along the way he manages to provoke the wrath of a local clan who decide to frame him for a series of murders. A mysterious, yet friendly woman comes to his aid more than once during his travels and begs him to forget his ruthless quest. However, with the enemy closing in on him and vengeance still his main goal, Iron Umbrella must end the chain of events that he has started.

Included among the bargain buy 10 film pack ‘Fists Of Fire, Swords Of Death’, ‘Swordsman With An Umbrella’ is a production that would cause sleepless nights for anyone foolish enough to have bought it on its own. From its tired opening frames to the inept finale, this is the kind of film that creates the familiar misconceptions about the genre. The plot is riddled with holes and over-wrought characterisation while the ‘action’ mainly consists of lifeless actors leaping over each other. Although not the film-makers fault, the atrocious dubbing deserves a special mention for its sheer stupidity; littered with inappropriate cackles and ridiculous dialogue, the dubbing drives the final nails into the coffin. There are no redeeming features to this amateurish kung fu melodrama. One of the subtitles (yes, it’s dubbed and subtitled) proclaims that one character ‘suicided himself’. After viewing ‘Swordsman With An Umbrella’ you may be tempted to mimic his actions.