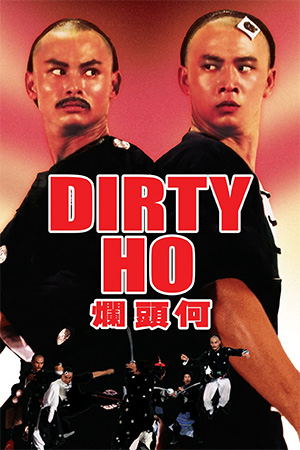 This splendid period kung-fu film once again gives evidence of the immense quality that rolled out of the Shaw Brothers studios during the 70’s. Not only does this minor masterpiece boast impressive production values, but it also highlights the diversity that existed in the Shaw Brothers kung-fu genre – something rarely acknowledged. Once again, Liu Chia-Liang also subverts a typical cinematic cliché, i.e. the master/student relationship, and gives the usual stamp of quality that one always associates with his name.

The film re-tells the fabled journey of the eleventh prince (Liu Chia-Hui) as he travels to the capital to hear the reading of the emperor’s successor. The journey is fraught with danger as an unnamed rival prince is set on removing the eleventh prince from the leadership race permanently. The film opens with the incognito prince meeting a young ruffian named Dirty Ho (Wong Yu) and the two using their respective riches to impress the ladies. Naturally, the prince wins this showy battle and Ho retaliates by swearing revenge on the victor, who to Ho is nothing but a spoilt coward. When Ho finally seizes an opportunity to fight the prince, he finds one of the young women all too keen to protect his enemy; really though, the prince is cleverly manipulating her movements to give her the appearance of a fighter. On receiving a slash from the poisoned blade of the prince’s protector, Ho discovers that only this enemy has the antidote to the reaction. The prince, still hiding his true identity, strikes a deal with Ho whereby the young fighter will accompany the prince on his journey in exchange for a gradual medicine to cure his wound. During their travels, the prince meets up with various assassins who have been hired to kill him, but as with the prince himself, their identities are hidden from Ho and they appear to be friendly merchants. Only when the prince receives a severe blow and is escorted away by Ho does he reveal his true self and his personal mission. Now Ho and his injured charge must battle to the capital to hear the reading of the emperor’s will.

Not only has Liu Chia-Liang created another excellent kung fu film with the multi-layered aspects that continue to stand up to examination, but he also creates a beautiful treat for the eye. Every scene seems to feature vivid and sharp colours that leap off the screen and add a thoroughly enriching level to an already accomplished film. Chia-Liang also utilises every frame by cramming a number of scenes with a depth of focus not often seen, even among more widely praised directors. ‘Dirty Ho’ though isn’t a hollow piece of eye-candy; the on-going chemistry and friendship between Ho and the eleventh prince is expertly handled and is truly brought to life by the two flawless leads. There is also some wonderfully eccentric characters who appear in the film and make sure that there is never any chance of the film just focusing on the two main characters.

‘Dirty Ho’ is a kung fu film primarily and with this in mind the film does not disappoint. Chia-Liang choreographs some superb duels: from the opening credit sequence which plays out on a soundstage to the numerous ‘secret’ kung fu bouts, the film is full of first-rate battles. The finale, with the injured prince aided by Ho fighting a trio of weapon-wielding attackers, is exciting entertainment in its purest form. It’s hoped that ‘Dirty Ho’ and the numerous other Shaw Brothers’ classic find their way onto DVD and get a subtitled presentation that they deserve.