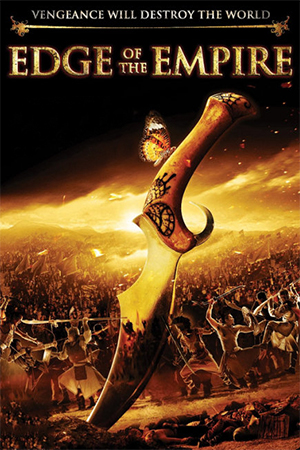 This wannabe historical Thai epic certainly tries hard but due to a low budget, an excessive amount of melodrama and mediocre action, ‘Edge of the Empire’ just fails to entertain like a lot of recent Thai action cinema has. The heart is there and the makers try their best but the movie is just an hour and forty minutes of amateur dramatics, what seems like continuous shouting and muddled action scenes. Proceedings start off reasonably well, with a nice visual style established, as the narrative sets up the long running battle the Thai people have had with the evil Han Empire. The Han rule the Thai people under an iron fist of oppression and torture, but when a band of plucky Thai villagers decide to fight back, the stage is set for all out war.

‘Edge of the Empire’ certainly crams in a lot of brutal action, with severed limbs and gushing blood flying at the screen but the fights scenes and battles are often muddled, rushed and suffer from choppy editing. They never really find a fluid flow and if the action was at least decent the flick may have been more entertaining. There is a fairly impressively brutal final battle and, as already mentioned, there is a least a fair amount of fighting action. However, this doesn’t save the flick from being a bit of a slog. A whole host of characters (who all seem to shout a lot) have their own personal reasons for taking up arms and going into battle with rousing speeches about honour, duty, redemption and other such things occurring what feels like every few minutes, meaning the film often feels like just a series of dragged out melodramatics.

As already stated, the makers have tried hard to make a passionate epic despite the lack of budget and fair play to them but ‘Edge of the Empire’ just doesn’t live up to its potential, takes itself too seriously to be cheesy fun and is recommended only to die hard historical epic fans. Shame.