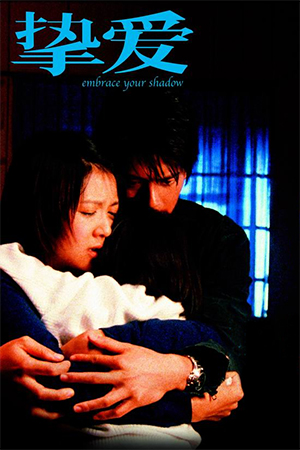 The life of resourceful young woman Ran (Sit) is a day-to-day struggle to make ends meet and to look after her older brother who suffers from a disorder that robs him of his independence. Alongside this responsibility, she also takes care of her brother’s young daughter and admirably manages to play every role in the household. This self-imposed isolation is disturbed by the arrival of brooding young stranger Juchin (Kwok) who takes Ran’s niece back home when she gets lost in Hong Kong one afternoon and instantly gains the respect of the older brother. Unbeknownst to the family, Juchin is a petty thief who decides to store his ill-gotten gains in the flat above theirs, though also begins to become a close friend of them all. Even the steely reserve of Ran is moved by the constant help that her new neighbour offers and begins to find her self-taught defences crumbling away. Juchin exists in a world that is not quite as content with the status quo and a brutish young triad is particularly interested in Juchin’s movements, proclaiming that all who will not join him will be his enemy.

Some early press-ads for Joe Ma’s drama were a reminder of how certain Hong Kong companies have little qualms about giving away massive chunks of a films plot. Instead of tantalising us with minor details, they revealed important plot twists, tragedies and even give a none-too-subtle hint as to how the film ends. Not that Joe Ma’s ‘Embrace Your Shadow’ is anything new or startling in film-making; this is retro-cinema, a genre that recalls trends and moods of the past and transports them to a more contemporary setting. The pleasing fact is that, even though we’ve seen such dramas before in ‘A Moment Of Romance’ and its various clones, ‘Embrace Your Shadow’ is still affective enough in tugging the heart-strings. The manipulations and contrivances may be unoriginal, but they remain consistently emotive.

As is often the case with commercial cinema, the plot and the directions it takes are reasonably easy to telegraph as is the foreboding ambience that is as much a feature of Hong Kong drama as gun fights are with John Woo films. Joe Ma, though, is a director who can produce minor miracles from tired material, taking tired conventions and giving them enough humanity to help them to retain a potency. ‘Funeral March’ was a fine example of this unusual ability and, despite his lack of consistency in achieving these heights, ‘Embrace Your Shadow’ is a gruelling, yet rewarding 100 minutes that is a reminder of his skill. Though Ma has often favoured lazy retreads of his past hits or convenient cash-ins on current trends – two tendencies that explain why many are reluctant to credit him with any real directorial vision – he can also craft works of genuine quality. ‘Embrace Your Shadow’ is an old-fashioned tragedy, but Ma’s execution here ensures an engrossing feature.

When familiarity with a subject or storyline is so strong, its success is dependent on the characters and the performers in the cast. The former are nothing extraordinary: there’s the rebel without a clue figure that Andy Lau almost patented in the 80s and the ignorant savage who acts as his adversary, while the love interest in naturally the antithesis of her true love. Juchin is not an especially well written character and there is never much of an explanation as to why a young man from a wealthy family has ended up in a quagmire; Wah Dee in ‘A Moment Of Romance’ was such an intriguing anti-hero because we always knew about his inner-demons and the tragedies that forced him into such a nihilistic life, something that is never understood about Juchin. Kudos to Dylan Kwok for making us care about him then, an achievement that may not be down to his limited range, but certainly says much for his ability to convey hardship and privation. A few emotional scenes show that Kwok has a raw talent that could go either way depending on what roles come his way following this.

‘Embrace Your Shadow’ also confirms Fiona Sit as a young actress who has the intensity to do well in the industry, a fact not lost on critics after her performance in ‘2 Young’. As with the sorely-missed Anita Yuen, Sit has the knack of projecting a heart-breaking vulnerability with just a withering look, a feature that many more lauded actresses flounder on. Sit is given the best character and a chance to experience more emotions than her co-stars and the resulting performance is the fulcrum of the film’s emotional ferocity. Sit affords her character dignity despite the miseries that are piled on her and features in a few especially powerful moments; the subtlety in which she shows her pain when her brother dies is a credit to actress and director alike.

Joe Ma wisely uses the glare of the lens sparingly, choosing to tell certain events of the storyline in off-kilter montages that retain a certain naturalism. We know we are being led to a predictable conclusion, but Ma makes sure that key scenes are treated with respect and not just the usual mixture of melodrama and deafening piano-laden soundtrack. In this way, ‘Embrace Your Shadow’ manages to be moving while sticking doggedly to established clichés, perhaps an oxymoron, but an achievement nonetheless. It’s not flawless, it’s not original and while these factors may scare off its prospective audience, it’s still a production that is fused with genuine pathos.