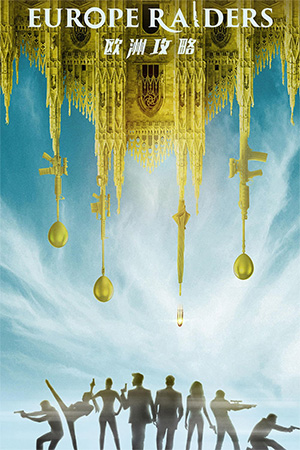 A whole thirteen years after the last part of the franchise, ‘Seoul Raiders’, and nearly twenty after the original, ‘Tokyo Raiders’, Jingle Ma returns with a foray into a new continent while keeping the one star who links all three parts, Tony Leung Chiu-Wai.

A genius inventor (Lam) creates a device that can uncover all of the secret cells and potential threats worldwide in mere minutes. Naturally this is of great interest to parties on both sides of the law and a few parties launch an attack on his home to retrieve the item. Thankfully, the inventor and his family are protected by super agent Lin Zai Feng (Leung) who decimates the antagonists though is powerless to stop the death of said inventor. Watching on is his young daughter who vows to avenge her father’s death. Years pass and the Hand of God device is once again on the market and attracting the interest of the underworld and enforcement agencies. Lin joins the chase for the invention as does the creator’s daughter who has by now morphed into a determined young woman with considerable fighting skills.

It’s always a risk to make a sequel to an almost forgotten franchise. Make no mistake, ‘Tokyo Raiders’ was enormous fun and was one of the last great action comedies of Hong Kong’s Golden Era. That said, the sequel, ‘Seoul Raiders’, was insipid and uneventful, a film that effectively killed off the franchise once and for all. ‘Europe Raiders’ isn’t a re-boot in the way so many films now are when the intention is to update a classic for new audiences – this is a sequel that stays very much within the framework of the original two. Unfortunately for Jingle Ma, ‘Europe Raiders’ is dated in a way that the nearly twenty years old ‘Tokyo Raiders’ isn’t, a production old before its time despite the 2018 bells and whistles.

It has to be said that ‘Europe Raiders’ starts with a very promising fight scene, the kind of action sequence that makes the viewer postulate that perhaps this is going to be a worthy sequel to the original. And then, of course, it goes all ‘Kingdom of the Crystal Skull’ on us. Not that ‘Tokyo Raiders’ was ever on par with the original Indiana Jones trilogy, but the comparison is apt as very ropey-looking computer effects take centre stage. The plot, which was never a strong point to begin with, is massively uninvolving thereafter and one has to sit through countless unfunny comedy routines just to get to the next scene. When action does ‘explode’ onto the screen, it is about as exciting as peeling potatoes with a spoon in a Siberian gulag. What makes this more offensive is that, within the cast, is the wonderful Jeeja Yanin, a star who you would think that even Ingmar Bergman could have got a good fight scene from. Jingle Ma wastes Yanin with such skill that it almost appears contemptuous on his part.

‘Europe Raiders’ has a ‘Mission Milano’ vibe to it. That should tell you all you need to know. Let’s hope no more continents welcome the Raiders onto their shores.