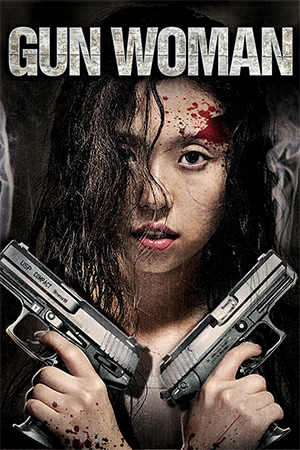 After his wife is brutally raped and murdered by a sexual deviant known simply as Hamasaki’s son, a brilliant doctor hatches a plan to get his revenge. He purchases a woman (Asami) who he considers to be expendable and sets about training her to become the perfect assassin. While she resists at first, the woman soon accepts her fate and begins to rise to the challenges presented to her. After she has completed the training she is given the opportunity to take out her target, but will she succeed or opt to turn against her handler?

‘Gun Woman’ is the epitome of an exploitation movie. The film has very little to offer outside of the fairly basic revenge plot and it regularly feels like nothing more than a blatant excuse to push the boundaries of good taste. Not that this is necessarily a bad thing if you’re in the mood for a healthy helping of boobs and blood, but I have to say that even by those standards the film does still feel somewhat hollow at times. This is particularly evident in the middle segment of the movie, which only really contains a couple of training montages and some slow motion sex. Luckily, the film is just about short enough to keep you from getting bored and regularly throws in something extreme (usually in the violent sense) to maintain your attention.

Regardless of your feelings on the movie as a whole though, the performance of Asami is definitely one worthy of significant praise. The woman really does seem to give it her all for this role and puts everything right out there, and I don’t just mean her bodily bits and pieces. Even though the majority of it is obviously done for the cameras, you really do get the feeling that she is being pushed to the limit and she certainly winds up as a pretty convincing assassin. This is made all the more impressive when you consider that she doesn’t actually have a single line of dialogue and spends a large chunk of the movie performing without any clothes on.

As for the action, it’s not exactly anything special but it’s definitely fit for purpose. The shoot outs are effectively minimal, with good, meaty sounds effects and plenty of blood flying all over the place. Likewise, the fisticuffs are also kept fairly simple, although there is one particularly standout moment where Asami has to fight in the nude, reminiscent of a similar scene from ‘Ninja Final Duel’.

‘Gun Woman’ is unlikely to appeal to everyone, simply because it’s fairly lightweight entertainment that contains quite a bit of twisted violence and nudity. If however, you’re a fan of gory exploitation flicks then this is definitely one to add to your wishlist.