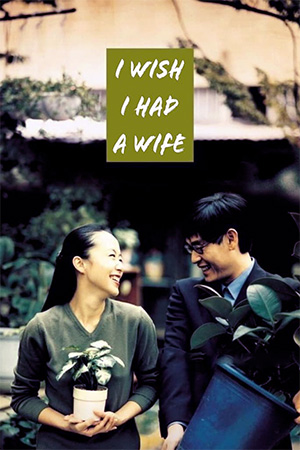 A lonely Korean banker, Kim, drags himself through the mundanity of his job and his vacuous social life in the hope that he will eventually find that special someone. While his best friend prepares for his own upcoming marriage, Kim has to console himself with the video diaries he records every night for his future wife. Unbeknown to him though, cheery school teacher Jung has noticed him during her daily visits to the bank and tries to befriend him further. After an initial reticence the two start a fledgling friendship and spend more time together socially. Jung sees these steps as the perfect way of breaking down his sheer exterior and reaching his heart. She finally plucks up the bravery to ask the object of her affection out for a romantic meal, but is quite shocked at the reply she receives.

The fact that director Park Heung-Shik worked on seminal Korean drama ‘Christmas In August’ is seen in the languid pacing of this interesting though never completely bewitching romantic drama. Long lingering shots of the banality of Kim’s daily routine and the loneliness of being lost in a vast unforgiving environment like Seoul grounds this film in the same kind of realism that ‘Christmas In August’ thrived on. Both productions show how the unassuming demeanour someone portrays often belies a range of deeper fears and desires, while also piecing together the characters’ personas gradually. ‘I Wish I Had A Wife’ uses such conceits and gives the mission statement of the titles some resonance; it may not be Cinema Verite, but its easy to recognise the situations and people in day-to-day life. It also confirms that the makers have succeeded with the overall style, even if other areas suffer throughout.

While director Park Heung-Shik is accomplished enough to use technical style to create a natural mundanity, his lead character proves to be a problematic inclusion. Kim starts off with a reasonable enough desire and a certain unassuming pathos, but he quickly descends into a needless self-pity that is difficult to warm to. The initial sympathy for him is hard to maintain as he gradually reveals himself to be an unappealing and oddly charmless character. He ambles along with little purpose, pining for someone, but doing the minimal amount to find her. When the lovely Jung is rudely brushed aside by him, it is frustrating and hard to care much more about his plight.

As the leading character proves difficult to warm to as the main narrative gathers pace, the films title becomes a shallow plea. What should be introspective merely has a faintly suggested explanation that is supposed to hint to Kim’s obvious quirks. Though some will argue that this makes him a well-rounded persona, it mostly provides ineffectual proddings at to what should be far more resonant. It also means that attention wanes as the film hobbles up to the hour mark; the scenes following Kim’s brusque rejection of his admirer are ungainly fillers before the expected denouement.

‘I Wish I Had A Wife’ plods along with the piano score that seems to be indelibly tattooed onto the soundtracks of Korean rom-coms. Unfortunately this proves to be as far as the heartfelt sentiment goes with the viewer denied the privilege of getting to know their lead character. This, ultimately, signals the failure of a well-made, watchable, yet unmoving film.