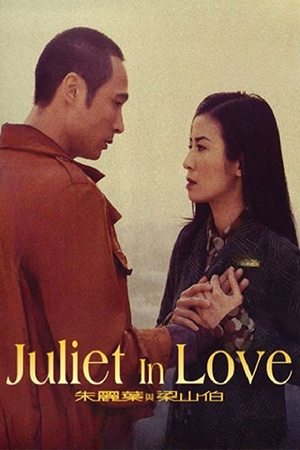 Every year in Hong Kong cinema there appears a few films that seem to come out of nowhere and gain a formidable critical reputation. Past examples have included 1990’s ‘Swordsman’ and 1993’s ‘C’est La Vie Mon Cherie’ – both garnered critical plaudits and enjoyed worldwide popularity. The year 2000 saw Wilson Yip’s ‘Juliet In Love’ enter the aforementioned category and gain numerous nominations in the prestigious Hong Kong Film Awards. Director Yip had already given an indication of his ability to combine an oft-seen narrative with his own unique style in ‘Bullets Over Summer’ and for ‘Juliet In Love’ he further refines his own cinematic language.

Judy (Sandra Ng) reaches one of the lowest points in her life when her husband leaves her after she has a breast removal operation. This shattering experience leaves Judy questioning her own value so she decides to travel to the countryside to stay with her grandfather and take time to be by herself. While working in a local restaurant, Judy observes a cocky small-time crook named Jordon (Francis Ng) who attempts to throw his weight around to get his own way. When the restaurant’s owner Brother On – who is also one of the area’s most powerful triads – humbles him, Jordon apologises to Judy for the inconvenience he’s caused and leaves a certain impression on her. The two meet again when Brother On is rushed to hospital and, to avoid the wrath of his wife, his mistress’ new-born son is left with Jordon to look after. With the baby’s mother unwilling to accept responsibility for the child and Jordon being promised a relief from the considerable debt he owes to Brother On, the prospective gangster is forced to look after the baby and show his sensitive side. Brother On also persuades Judy to give free reign to her maternal instincts and help Jordon nurture the baby until On is ready to leave hospital. As the two differing personalities are forced together in this unusual situation, they realise that they have certain issues in common and both feel alienated from society. When Brother On recovers from his illness and reclaims his illegitimate child, Judy and Jordon have developed something more than mere friendship and both have meaning put back into their lives.

‘Juliet In Love’ could be well-described as a economic and perhaps minimal love story; there are no grand gestures or over-the-top histrionics. However, this certainly doesn’t mean that the film is not moving and effective in the goals it reaches for. Director Yip achieves these powerful virtues by allowing two great performers to take centre stage and boost the film a couple of notches above average. The subtle interplay between Sandra Ng and Francis Ng is a major strength of the film with both bringing warmth and power to their characters and making what seems an unlikely romance at first look progressively more appealing. Aside from the two main stars, supporting parts by Simon Yam and Eric Kot add to the excellence of the film. ‘Juliet In Love’ is not the classic that it sometimes promises to be though and the obvious reason for this is the inadequate ending. Without giving too much away, the ending seems an easy way out after all the gradual challenges that the previous 80 minutes had presented. Yip’s previous film, ‘Bullets Over Summer’, also suffered from a disappointing ending with the overtly-self conscious style taking away some of the effect of the previous hour. This criticism, although taking some of the shine of the overall effect of ‘Juliet In Love’, is not strong enough to downgrade a fine film. A thoughtful film that is certainly worth watching.