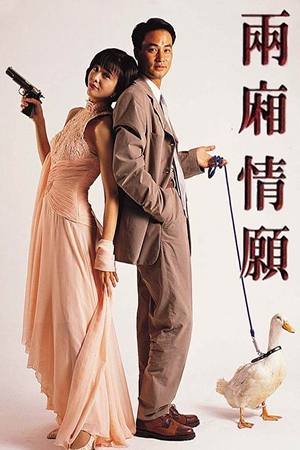 It’s hard to really categorise this watchable yet unremarkable film. The film mostly concentrates on whimsical humour, but occasionally produces a spurt of action. The narrative follows a handsome hitman (Yam) who decides to go into hiding after a refusal to kill an innocent. Escaping the city (and a vicious rival), Yam becomes a lodger in the house of a reserved teacher (Cheng) who at first thinks he’s a gigolo. When initial misunderstandings are put aside, the two gradually fall in love and Yam finds himself fully integrated into village life. However, Yam’s rival finds his place of hiding and the showdown between the two is inevitable.

The two main leads are excellent in their different roles; Cheng is a natural when it comes to comedy as she has displayed in numerous films. ‘The Killer’s Love’ has a bark that’s certainly worse than it’s bite and it remains an enjoyable ninety minutes.