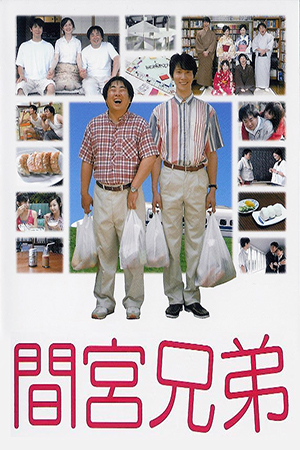 Kaori Eguni’s novel about two socially inept brothers looking for love is brought to the screen by director Yoshimitsu Morita. Spread generously over two hours, ‘The Mamiya Brothers’ is an odd mix of the gently enticing and the frustratingly ponderous.

The Mamiyas are two thirty something brothers who live together in a Tokyo apartment and wile their evenings away with their joint obsessions of baseball and board games. The eldest, Akinobu, works in a factory and longs for the attention of the cute-than-cute girl at the video shop. Younger brother Tetsunobu is a school caretaker who has fallen for one of the teachers and watches from afar as she is treated appallingly by the male colleague she loves. With new found resolve, the Mamiya brothers decide to end their isolation by organising a party and plucking up the courage to invite the aforementioned women. Remarkably both of them agree and the lives of the Mamiyas looks destined to go into an intriguing new direction.

The Otaku is again the unlikely hero in ‘The Mamiya Brothers’. That uniquely Japanese ‘geek’ and his borderline obsessive/compulsive hobbies has been a fascinating inclusion in certain rom-coms (‘Train Man’ springs instantly to mind). Instead of one otaku, ‘The Mamiya Brothers’ is two desperately unloved nerds and the first ten minutes gives a small insight into their socially-isolated world; their daily routine is shown in all its monotonous detail and sets up the brothers properly. It is then the hope that the Mamiya brothers would be fleshed-out, extended just beyond cardboard cut-out otaku so that the audience’s sympathy is maintained. Apart from a few moments of introspection, this is sadly lacking – we’re not asking for every detail to be squeezed dry of emotion, but it would be good for our heroes to develop a little bit beyond the opening ten minutes.

‘The Mamiya Brothers’ introduces a possible romantic sub-plot, but doesn’t really go anywhere with it. Not a crime in itself, yet increasingly frustrating as the story treads water for the next hour or so without adding much interest. The scenes of the unlikely heroes entertaining their female guests are among the funniest and warmest parts of the film. Sadly the proceeding minutes to these sequences is taken up with the uninteresting sub-plots of the two female characters. Any momentum is therefore lost: it is intended to be a very slow moving comedy, but this is practically glacial.

Despite the potential of being a great otaku rom-com and having two good actors playing the brothers, two hours worth of minor incident and low-key humour quickly outstay their welcome. The beautiful monotony of the ‘The Mamiya Brothers’ becomes just monotonous and the surface is never scratched. Despite hailing from a country whose skill at portraying the more unusual characters from society has been championed here before, this isn’t a prime example of what Japanese cinema can offer.