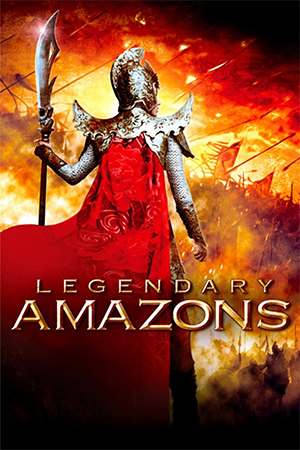 The Yang family, upholding the current monarchy of the Song dynasty, are called into battle against invaders from Western Xia. Due to a betrayal by the prime minister, the hard-fighting Yang warriors are massacred during a battle outside the city gates, leaving the kingdom at the mercy of the invaders.

But the widows of the Yang men are not willing to wait for destruction and form their own, virtually all-female army to take the fight to the enemy. Skilled in various styles of pugilism and accompanied by their resolute, spear-wielding handmaidens, the fighting Yang women overcome far greater armies on their way to confronting the leaders of Xia.

Two of the great films released under the Shaw Brothers’ banner drew inspiration from the legendary story of the Yang family’s resistance against invaders: Liu Chia-Liang’s sublime ‘Eight-Diagram Pole Fighter’ borrowed significant elements, but most will name ‘14 Amazons’ as the definitive version of the story. As the name implied, ‘14 Amazons’ focused on the famous fighting Yang women, packing together some of the studio’s biggest actresses of the time and a lavish budget.  ‘Legendary Amazons’ is some way off these dizzy heights, but the good news is that this is an action-packed, melodramatic, slightly nutty swordplay flick that entertains.

With Frankie Chan behind the lens and orchestrating the action scenes, ‘Legendary Amazons’ has a carefree, 90s vibe to it where logic is happily sacrificed on the altar of entertainment. Never is this more in evidence as when the battle scenes utilise weird wire-fu scenes that look like a throwback to the aforementioned era. This is distracting due to its incongruousness with the heavy melodrama around it, not unlike Chan’s 90s effort ‘A Warriors Tragedy’.

‘Legendary Amazons’ is heralded as Cecilia Cheung’s comeback film after years when her private life provided tabloids with copious fodder. This is not the fresh-faced newcomer of ‘King of Comedy’ though and she struggles with the histrionics, tending to overact and add to the emotional deluge. Away from its star the production is packed with familiar faces such as Cheng Pei Pei, Lam Wei and even Yukari Oshima (though massively underused) so the connection to the past is never far away from one’s mind.

As a pure piece of pulp entertainment, ‘Legendary Amazons’ is a hoot. Nevertheless, there is always the feeling at the back of your mind that a story as famous as this deserves much better handling.