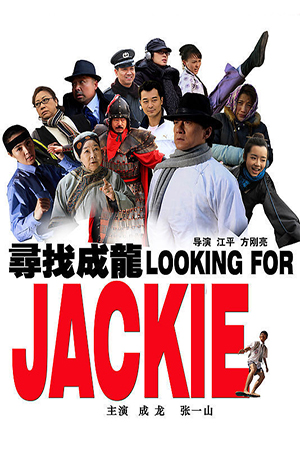 Zhang is a 15-year-old Chinese boy who spends most of his time daydreaming about his idol, martial arts superstar Jackie Chan. Unable to focus in school, he is regularly mocked by his classmates so he ditches his family and heads to the city in the hope of tracking down the Kung Fu legend. On his epic journey of discovery, he learns valuable lessons in life from the different people and strange places he finds himself in. However, his biggest challenge awaits after he is kidnapped by a torn apart family that has suffered a tragic loss. Will he ever manage to get out alive, or is his dream of meeting Jackie Chan slowly slipping away?

After reading the synopsis for ‘Looking For Jackie’, I expected to see the touching tale of an underprivileged youth who battles against adversity to meet his boyhood hero. Unfortunately, what I actually got was the story of a selfish and whiny brat who causes numerous problems for everyone by running away to find his idol. That’s right, there isn’t any kind of heartfelt backstory or a gang of hardened bullies lurking in the shadows, this is just one lazy kid who doesn’t like studying so he wanders off to become Jackie Chan’s disciple. Along the way, he does of course encounter several throwaway characters (some of whom are celebrity cameos) and blunder into a number of supposedly dangerous scenarios, but all of these predicaments feel so blatantly staged that we ultimately couldn’t care less if he completes his quest. As if this weren’t punishing enough, the acting from the majority of the cast is also very melodramatic and when combined with the preachy “stay in school” messages and cheap overall look, the whole production comes across more like a cheesy Chinese soap opera than a proper film.

Considering the subject matter, it will come as no surprise to learn that there are also a number of action scenes featured in ‘Looking For Jackie’. Sadly though, much like the rest of the film, each of the fights appear to have been quickly and cheaply constructed, meaning they lack any kind of intricate choreography or imagination. Instead, all we get is a few roughly knocked together punch ups that are so poorly shot and short lived that there is little chance of them getting the adrenaline flowing. As you would expect, there are also a couple of occasions where we get to see Jackie in action, but for some inexplicable reason (perhaps insurance issues or injury?) he seems to be heavily doubled and the few moves that he does display are completely spoiled by more ropey camerawork.

If they’d actually bothered to spend some time on the script or even just made a more likeable leading character, ‘Looking For Jackie’ could have been a half decent underdog story. As it stands though, it’s really nothing more than a weak drama that showcases a handful of rather bland characters and an overly preachy Jackie Chan.