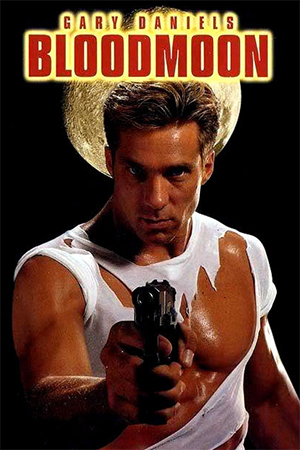 For those with a taste for high-octane B-movies, Gary Daniels will be a familiar name. This is definitely one of his more satisfying outings, thanks to the experience and quality of the Hong Kong team behind the camera.

Keith W. Strandberg, who wrote this film, also wrote a number of other American/Hong Kong crossover fight flicks such as ‘No Retreat, No Surrender’ and ‘King of the Kickboxers’. This movie follows very much in the same vein, being highly violent and with a heavy emphasis on Eastern style choreography. The plot itself follows the characters of Gary Daniels and Chuck Jeffreys as New York cops on the trail of a serial killer who is hunting down martial arts champions. Essentially, a very transparent excuse for a string of fight sequences, but I’m not complaining, as this is what anyone who bought the movie really wants!

In terms of choreography and action, there are a number of fight sequences, almost all involving the talented Darren Shahlavi as the unnamed killer. He is an extremely talented performer and anyone keen on the genre will have seen him before. This, like Daniels, is probably his best on-screen performance. Again, this is due to the HK choreography team who forego realism for the sake of fluid moves and acrobatic kicks. Wirework is evident, but kept to a minimum to keep the fights grounded. As mentioned, if you?ve already seen a ‘No Retreat, No Surrender’ film, then you’ll know what to expect.

Overall the film itself is not of the highest quality. The script is typically stilted and clich?d, and the performances are of the usual B-movie cheese variety. However, this is not supposed to be a dramatic exercise, and it’s all about the action. Thankfully, for an American produced film, the action is of a high standard. It’s no ‘Police Story’, but it holds up well against the likes of the ‘In the Line of Duty’ series from the HK golden age.

Recommended to all fans of Gary Daniels, and those who like their hands free action violent and acrobatic. Genre fans will also notice a few in-jokes, as well as cameos from some “famous” faces including Rob Van Dam and Keith Vitali; what greater recommendation is there!