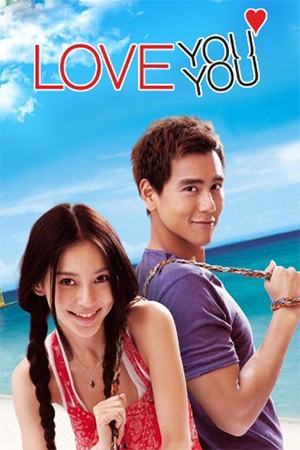 Law firm dogsbody Xiami (Angelababy) is given a rare opportunity to shine by her odious boss when she is asked by a client to dig up dirt on an allegedly disreputable tour guide You Lele (Peng). Thankfully this assignment takes place on a paradisaic island off the coast of Malaysia where Lele invents new and increasingly ingenious ways to fleece visitors. Xiami gets off to a bad start with her target, but slowly gets to know his unusual ways as she works for him on the resort. Just as they get to know each other’s ambitions and chequered pasts, Xiami’s client reveals his nefarious hidden agenda.

Intended as a honeyed antidote to the winter blues, ‘Love You You’ is the kind of glossy rom-com that drifts into cinemas like an exhalation. Every generic convention and dramatic cliché is present and it is all put onto the screen by a director adept at painting pretty pictures. And yet, despite being obsessively devoted to the rom-com rule book – so much so that you can almost pinpoint the exact minute of each expected twist – this is something of a refreshing surprise.

Jingle Ma is a film-maker who has a legion of critics, but the one thing everybody begrudgingly accepts is that he retains an eye for the beautiful that recalls his prior skill as a cinematographer. ‘Love You You’ is full of adoring shots of white sand beaches, crystal seas and flailing palm trees; this in itself is likely to momentarily expel any shiver from the shoulders of those of us at the jaws of winter. The location photography couldn’t have been more resplendent if they were funded by the local tourist board.

‘Love You You’ benefits from Eddie Peng and Angelababy’s on-screen chemistry and the photogenic quality of both stars. Yet this is only part of the success as Peng in particular has an endearing screen charm that makes the viewer forgiving of any of his character’s less appealing quirks. In this particular genre, this is a virtue that cannot be underestimated. The director tests our goodwill by needlessly stretching the duration by fifteen minutes – the ‘One Year Later’ conclusion is clunky and ultimately costs this half a star – but even that cannot completely sour what is an excusable sugary treat.