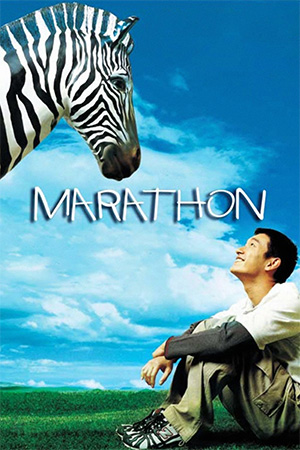 With each passing month it seems as if the past decade of success in Korean cinema (i.e. a deserved global exposure and local financial success) continues to resonate throughout the West. Whether it be the critical plaudits afforded to films like ‘Oldboy’, ‘Sympathy For Lady Vengeance’ or ‘A Bittersweet Life’ or the rumoured remakes of a few of the aforementioned, it appears as if Korean as firmly arrived on the world stage. Unfortunately, most of the industries superlative dramas – devoid of the violence that Western critics have intertwined with Korean cinema – are yet to find a market outside of South East Asia. One such film, ‘Marathon’, made significant waves locally and throughout the vicinity, but is yet to have broken into the thoughts of the single-minded Western distributors. With the Hollywood remake of ‘Il Mare’ due to be released next month, perhaps the tide is turning in favour of the many varied genres represented within Korean film-making.

Autistic boy Cho-won grows up fascinated by zebras and the majesty of the Serengeti, both of which he rushes home to see on television. As he grows and his mother tries to find a way to keep him occupied, Cho also develops a love of running and is given targets and goals by her. These gradual achievements distract Cho’s mother from the difficulties of his situation and she encourages him to set the Korean marathon as a realistic aim. To train him in this task, she asks disgraced Korean marathon champion Jung-Wook – currently serving his community service at the special school Cho-won attends – to give the needed guidance. Jung-Wook is completely disinterested and reluctantly agrees to act as trainer when a financial inducement is waved in front of his eyes. Initial sessions are relatively pointless as Jung merely runs his trainee until he is fit to drop then sends him home. Nevertheless, the desolate life of the former champion begins to brighten slightly with this new found responsibility and he begins to take the task seriously as the weeks go by. Cho-won’s condition causes increased tensions within his own family though and even Jung finds him challenging despite his tentative attempts at friendship.

If Asian cinema, and Korea in particular, has done one great thing for me personally, it has been the re-education I have received regarding ‘melodrama’. The term is usually reserved for caustic critiques of histrionic productions, but Asian cinema has excelled in taking ordinary stories and giving them a resplendent emotional core. Such commendation is not to be underestimated – Western cinema still believes it has an iron grip on the genre, but the majority of its attempts have a strong stench of emotional manipulation. That’s not to say that Korean cinema considers itself above using typical emotional triggers, but they are achieved with significant aplomb.

This dissection of Western v. Eastern cinema brings us neatly back to ‘Marathon’, an exceptional drama (I’m still reluctant to use the term melodrama lest it by misconstrued) that takes a popular theme and elevates it to a work of significant depth. Even such hyperboles as ‘life-affirming’ seem strangely appropriate for a film that sweeps you along in its slipstream and delivers you to your destination two hours later with a range of emotions still swirling through your mind. This is film-making of an encouraging standard.

‘Marathon’ is sentimental, but when one considers that it is based on a true story it’s difficult to see how it can be any other way. It is the story of how various people cope with a mental illness that is still misunderstood and rarely portrayed this successfully on screen. The fact that ‘Marathon’ can take autism and avoid being over-reverent or patronising to those who have to deal with it is an achievement in itself. The emotions and guilty feelings that Cho-won goes through are completely realistic and show the internal struggles she faces without ignoring the natural anger she feels towards her son’s inability to communicate. Some of the most powerful scenes are the ones that refuse to offer hope or saccharine-tinged optimism; the moment when Cho-won’s mother falls into the pool and looks to her son for help while he blankly looks on is supremely moving. ‘Marathon’ elicits enormous sympathy for Cho-won and his loved ones, but avoids the trap of turning this into a rhetoric against society. There are critiques of people’s reaction towards Cho-won, yet these are not there to condemn the human race in general for ignorance – some people treat him with dignity and some, sadly, with contempt, but this is shown in a balanced way.

Director Jeong Yun-Cheol makes no apologies for the other strand of the narrative: the redemption of Jung-Wook. Although this is a minor sub-plot, it is given obvious importance throughout the main storyline and weaved in-and-out the training sessions of Cho. Even here, though, ‘Marathon’ differs from the many other stories of recompense. The execution of this particular story is a tinged with humour at the expense of both Cho and Jung, neither character is exempt from having vulnerabilities. To see the director and screenwriters show humour in these situations is brave, but appropriate to the respectful yet never condescending tone of the narrative.

There is so much acclaim to heap on ‘Marathon’ that it is difficult to pin-point just one stand out feature. If such an appraisal was needed, it would be impossible not to mention the peerless performances from the cast, especially Cho Seung-Woo. As Cho-won, Jo is absolutely riveting and his portrayal of a young man with autism never falls into caricature or showboating. Apparently director and cast spent time with those who inspired this story and such devotion to the task comes across very successfully with the performances. Though Cho Seung-Woo undoubtedly walks away with the acting honours he is firmly backed by the excellent Kim Mi-Sook as his mother and the superbly gruff Lee Gi-yeong. Together these thespians bring a true life story to the screen with all the gravitas and resonance it deserves.

‘Marathon’ just misses out on a fabled 5 star rating due to a few niggles. The final short scene is a bit too neat to suit the tone of the previous two hours; it appears shoe-horned in as if to appease the audience. Prior to this there is a magical sequence of Cho running the marathon and encountering all the characters who have appeared throughout his story, but while some may accuse this of straying into the overly sentimental, it works very well. That last moment, though, takes away some of the closing power of a magnificent work. The tension between Cho’s younger brother and mother is also toyed with, but never fully explored; as it is we get a few very good scenes and then the sub-plot is nudged aside. These grumbles amount to little in comparison to the sheer beauty of this very special film. Korean cinema has hit a decade-long purple patch that has brought it to a wider audience. That ‘Marathon’ is one of the finest works of this era speaks volumes for how highly it should be regarded.