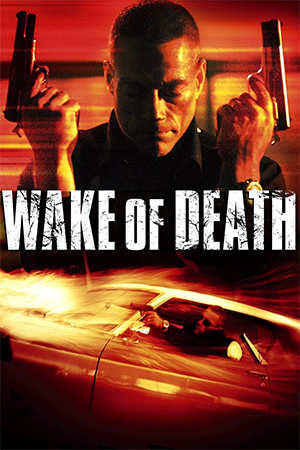 Ben Archer (Van Damme) is a mob enforcer who has decided the time is right to retire.  He wants to put the savage lifestyle behind him so that he can spend more time with his wife and son.  However, a wise man once said that the best laid plans often go to pot and they couldn’t have been more right if they were looking at Ben Archer’s life.  When his wife, a social worker, takes a young Chinese immigrant girl into their home, she doesn’t realise she is holding onto the child of Sun Quan (Simon Yam), one of the biggest Triad gangsters in Hong Kong.  When Quan comes calling for his daughter he doesn’t mess around and slays everybody in his path including Ben’s wife.  Unfortunately for Quan, Ben isn’t the type of person to take these kinds of things lying down and he has only one thought on his mind – bloody and absolute revenge!

The simple story of a man seeking retribution for the loss of a loved one can often make for an entertaining movie premise. It instantly gets the audience rooting for the hero and provides an obvious excuse for a number of brutal action scenes.  In the case of ‘Wake Of Death’ however, this idea never really seems to be properly utilised and the whole affair just feels extremely average.  I think a big part of the problem is that you never really care enough about Van Damme’s character to fully empathise with his situation. There’s very little backstory or build up, aside from his mob involvement, and the sequences involving his loss just feel far too melodramatic. Van Damme doesn’t exactly help matters either, as his performance seems to consist of a few tears here and there alongside some grimacing expressions. Meanwhile, the big villain of the piece, Simon Yam is utterly wasted as the few scenes he does get are generally just spent telling people to go and hunt the hero. The film does also throw in a couple of sex scenes (yes, one does feature Van Damme’s ass) and a few hazy flashbacks to try and make you care, but generally all these seem to do is get in the way and distract you from the current goings on.

The action in ‘Wake Of Death’ is unlikely to excite either, mainly because the majority of it is surprisingly short-lived. Admittedly a couple of the vehicle stunts are impressive, such as the motorcycle chase through the shopping mall, and there are plenty of explosions on offer but you generally find that it never really lasts long enough to satsify. As for the few fight scenes that Van Damme participates in, they too are extremely brief and seem to be made up of one specific formula – Van Damme punches, bad guy punches and then Van Damme knocks the guy out.

‘Wake Of Death’ is really little more than a relatively bland revenge flick.  It has a few spurts of entertaining action and maintains a degree of watchability, but it’s nowhere near the standards required to restore Van Damme’s status as an A-list Hollywood star.