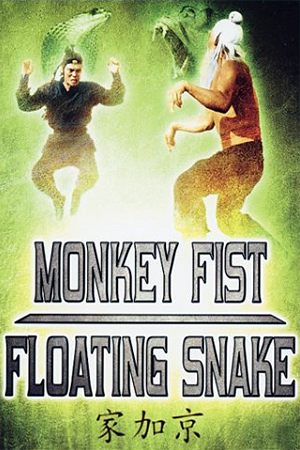 Another pale imitation of Jackie Chan’s Seasonal hits and another cliché-ridden kung fu comedy. This time, the focus is on the oft-ignored Monkey style and the acrobatics that this entails.

The film starts well with the usual style vs. style setting given an historical context to potentially add another level of depth the the proceedings. However, this proves to be nothing more than a McGuffin as the feud scenario is dropped almost as quickly as it is presented. Instead the main narrative drive concentrates on a bullied orphan (now there’s a surprise) who divides his time between his menial tasks and trying to learn kung fu. Every attempt to learn is thwarted by his tyrannical classmates and arrogant instructor. However, the prospective student meets a talented barber who helps him out in a protracted street brawl and then takes the harassed youngster under his wing. Meanwhile a new fighter arrives in town eager to rule over the inhabitants and therefore sets about defeating every master in his way. After a few encounters, only the street barber and his new student are left in the way; taking his gang of thugs along with him, the newcomer decides to set up a showdown with the last rival. The ensuing fight sees the antagonists soundly beaten and left nursing their bruised pride. The fighter will not accept defeat though and tries to learn a way to combat the hero’s Monkey style. Eventually, a re-match is organised, though this time it is the student who must finally prove his worth and defeat the determined challenger.

It’s not that ‘Monkey Fist, Floating Snake’ is a bad film – it’s just constantly uninspiring. After watching endless, mostly average kung fu comedies, this follows exactly the same dull, prosaic route to its eventual climax. As I’ve constantly said, there are a number of classic kung fu comedies and they usually manage to add a sufficient spark to both departments. This is a film that begins with optimism only to quickly revert to the old formula that had been so over-used. Another slither of invention – the introduction of a self-righteous fighter who constantly pretends that his skills are extraordinary without ever lifting a finger – only to be wasted again. On the plus side, there are a few well-designed action sequences and the story moves along fairly well without spending too much time on overlong set-pieces. Chang Yi also provides the film with a suitable villain and it is his mature presence that gives things a reasonable edge. The monkey style is also pleasing to watch, though its use is unusually restrained. Nevertheless, after watching so many kung fu comedies, I always hope that I might uncover a hidden gem among the genre. Unfortunately the majority are merely average and add little significant to the Jade Screen.