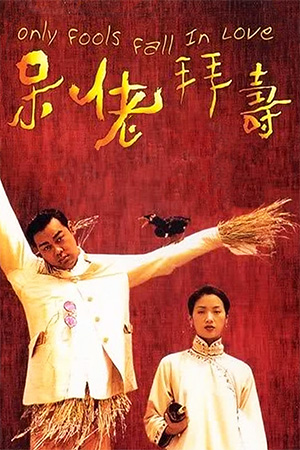 Fuk (Lau Ching Wan) holds the honour of being the richest, yet most miserable man in town. The only pleasure Fuk enjoys is humiliating all of those who get in his way and emphasising his own riches; this behaviour extends towards his own brother, Jack, who merely broods in silence, awaiting an opportunity for revenge. The moment for Jack to step out of the shadows and show his true colours arrives when Fuk is involved in an accident during a traditional Chinese ceremony and subsequently changes from influential man about town to a child-like vagabond. Fuk is forced to wander the streets while Jack now takes all of his brother’s privileges and becomes an even crueller town chief. An attractive gold-digger remembers the former prosperity of Fuk and, alongside her conniving father, takes him in with her eyes purely focused on reaping future benefits. The realisation hits the pair that Fuk is in no state to regain his wealth and is more of a burden to them than anything else; but as time goes by, their burden becomes quite an asset and the daughter takes a definite shine to this more genuine version of Fuk. However, when Jack finds out about his brother’s new location, he decides to get rid of his the former aggressor once and for all.

Vincent Kok takes the helm of this bright and zany traditional comedy and displays the aspects that he infused into a number of Stephen Chow’s comedies and, more recently, Jackie Chan’s ‘Gorgeous’. The over-the-top style that is often associated with this sub-genre of comedy may not be to everyone’s taste, but it remains entertaining and raises the odd chuckle. The definite strengths of the film are the four main performers who handle their different roles very successfully and the eye-catching production design. Lau Ching Wan shows his masterful acting skills by playing the unsympathetic dictator at the beginning and the lovable hero for the rest of the film; a challenging juggling act that he pulls off with aplomb. Wu Chien Lien and Yuen Wah give the film a solid acting spine and Dayo Wong as the villainous Jack completes the well-rounded cast. As was mentioned earlier, ‘Only Fools Fall In Love’ contains some amusing scenes, but none that could be described as hilarious. Nonetheless this production is enjoyable and, as long as expectations aren’t too high, is worth watching.