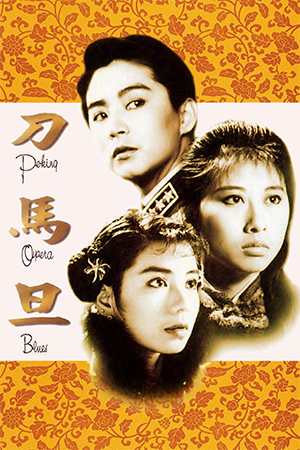 Three of Hong Kong’s greatest leading ladies combine in Tsui Hark’s sumptuous masterpiece. Lin plays the daughter of a corrupt general who is secretly conspiring with rebels to remove her father from power. She is initially aided by a lone rebel (Mark Cheng), but as the narrative progresses they are joined by one of the general’s former guards, a beautiful yet conniving young woman and a feisty member of a local Opera troupe. As they face various obstacles in their bid to seize an incriminating letter, the five form a powerful bond that helps them against a far more sadistic foe than the general.

‘Peking Opera Blues’ was made over fifteen years ago, but is still as fresh as it was then. Tsui Hark is certainly one of the best directors to come out of Hong Kong and continues to push back the boundaries of the genres he works within while always being accessible to a mainstream audience. Perhaps that is why he is unjustly ignored by the world-wide cinematic intelligentsia; his films (apart from the woefully self-conscious ‘The Blade’) really capture the imagination and do not try to distance themselves from the viewer. This style of film-making was in very short supply in the Hong Kong cinema of the mid-90’s and is only now beginning to seep back into it.

The three female stars are simply flawless with each offering a different aspect to the film’s overall feel. Hollywood often parades a film around as some feminist masterpiece if it has a top actresses at the head of the cast; this film manages to give the audience three such leads, but without ever endangering the audience empathy. Mark Cheng is solid in a strong support role as is the always reliable Kenneth Tsang as the corrupt general. With a superbly presented Mega Star DVD available, there is no excuse for a Hong Kong film fan not to have this in their collection.