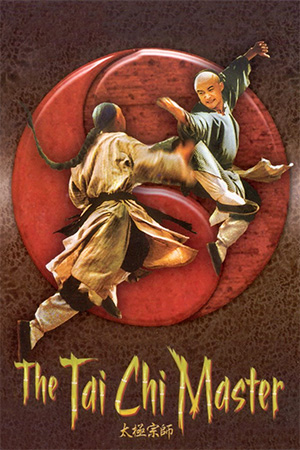 After Yang Yu Qian is saved from a beating by a mysterious Tai Chi fighter he seeks out the fighter’s master, Chang Ching Ying.  He travels to master Chan’s village but is refused tutelage because he is not a family member.  Undeterred, he starts labouring in the village by day and picking up whatever Tai Chi he can from various sources at night.  Meanwhile, Lord Tun, after fighting two years previously, sends his men to find master Chan for a rematch so he may test his kung fu skills.  Can master Chan resist the advances of Lord Tun’s men and how will Yang fair when his new found skills are tested?

This DVD from Tai Seng is actually a 25 part television series that has been edited into a 2 hour movie.  This heavy editing leads to the film’s main strength and main weakness.  as a drama, the film fails to satisfy as the story feels rushed and choppy and the characters don’t get time to develop relationships.  An example of this is the central romance in the movie as we’re not shown enough of Yu Qian and Siu Kay’s budding relationship developing to really make us believe in it whilst some characters seem to appear out of nowhere and others just disappear.

Lacking an emotional punch, the film occasionally feels less like a cohesive drama and more like a reason to fight.  This though can be said of many kung fu films (including many that I like) but what can’t be said for a lot of kung fu films is that they contain as much action as this or of such a high quality as this.  I would imagine that when Tai Seng were editing this they included as much action as they possibly could as ‘Tai Chi Master’ is packed with fights, I counted at least a dozen, and the quality of these encounters is terrific.  From the opening duel between Billy Chow and Yue Hai to the final bout between Chow and Wu Jing, the film doesn’t let up on the action.  The choreography by Yuen Cheung Yan is excellent and is filmed with clarity, precision and the occasional moments of flair by Yuen Woo Ping and his fellow directors.  Wirework is kept to a minimum, which is a good thing as far as I’m concerned, with the highlights of the numerous action sequences being a fight in an arena filled with swords dangling from above and Yang’s ascent through a pagoda housing seven kung fu masters.

Tai Chi (as far as I know) is about ‘sticking’ to your opponent and using their power against them and these principles are demonstrated brilliantly by a very talented cast.  Wu Jing possesses a boyish charm and fantastic screen fighting ability, carrying himself with dignity and fighting with grace and power reminiscent of Jet Li.  Yue Hai executes his Tai Chi with great authority and moves nimbly for a man of his advanced years whilst veteran kung fu star Billy Chow is as menacing as ever and is perfectly suited to the role of the fearsome Lord Tun.

The wonderfully choreographed, filmed and performed kung fu from a large and talented cast is the reason to watch this movie and for this it is highly recommended.