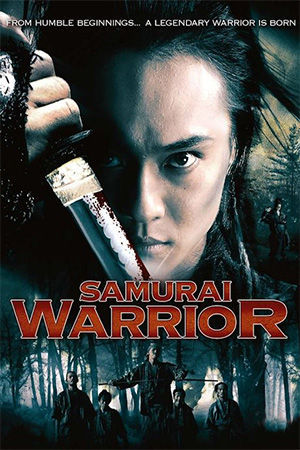 In the small rural village of Kinugasa, three teenage farmhands seek to break the monotony of their agricultural chores by training themselves in the art of swordsmanship. To help develop their skills, they participate in mock raids on the local villages to prove which of them is the strongest. However, their superiority in the relatively harmless arena of adolescent warfare becomes threatened and things turn deadly when a young warrior returns from the real battlefield and attempts to exert his dominance.

Helmed by the former assistant director to Takashi Miike, ‘Samurai Warrior’ is a low budget Japanese actioner that is billed as being some kind of historical epic. Unfortunately, this is most definitely not the case and the film is better described as a coming-of-age tale about a group of teenagers who long to be samurais. While this approach could have potentially provided a change from the norm, the idea is barely explored and instead we are just left to watch some bratty youths battling to be the toughest kids around. There’s also a horrible tendency to fill in the gaps with very modern and childish humour, which really only manages to remove the illusion of the era.

If you were hoping that the action would redeem ‘Samurai Warrior’ then you’re also sorely mistaken. Most of the fights are just meant to be kids scuffling, so they use wooden swords and normally end in some kind of comical victory. The only real life or death situation comes during the finale, but as you would expect it is cheaply constructed and contains a number of quick cuts to try and hide the lack of professionalism.

‘Samurai Warrior’ looks and feels cheap, and certainly shows no signs of any Miike-style magic. There’s also a real lack of meat in the story and the overall approach to structuring the film is definitely a bad one.