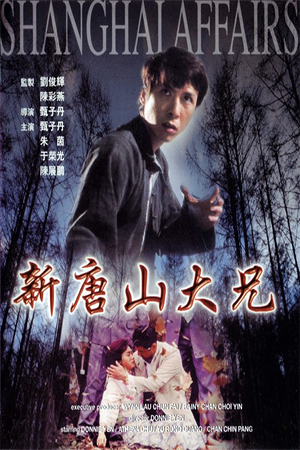 Donnie Yen stars as a righteously-inclined doctor who, with his young assistant, travels to a distant town to set up a new practice. Almost immediately, Yen and his assistant step into the middle of a local dispute as gangsters are attempting to pressure the penniless locals. Finding himself in this situation, Yen resolves to keep treating the townsfolk, but keep well clear of the criminal intrigue. However, he finds himself at odds with the gang leader when he falls in love with the villain’s sister and refuses to ignore these feelings. Added to this is the gradual discovery that his new nemesis is kidnapping local children for sale to a diabolical medical researcher. Such tensions explode into an ending where Yen must face the whole gang to rescue the woman he loves and finally vanquish his foes.

It’s a sad thing to report that, after starring in a number of classic Hong Kong action films, Donnie Yen’s career seems to have taken a severe turn for the worst. Whether or not his proposed involvement in certain Hollywood productions will give Yen a deserved chance to shine is debatable, but needless to say that in Hong Kong he is stuck in the rut of low-budget film-making. ‘Shanghai Affairs’ is a key example of this as the obvious low-budget detracts from the film and therefore make it a very uncomfortable viewing experience. Thankfully, Yen disposed of his cheap self-conscious camerawork for this film, but any invention that could be expected is simply not evident. Hong Kong has a good track record of churning out hidden gems on a low-budget, but ‘Shanghai Affairs’ definitely doesn’t fit into this category. The action lacks any spark or excitement and the narrative fails to grab onto the viewer in the slightest. With the talent that Yen has, it’s such a difficult thing to see him in a film like this and the problem is increased by the appearance of Yu Rong Guang and Athena Chu who also deserve better material. ‘Shanghai Affairs’ is best avoided, even for ardent Donnie Yen fans.