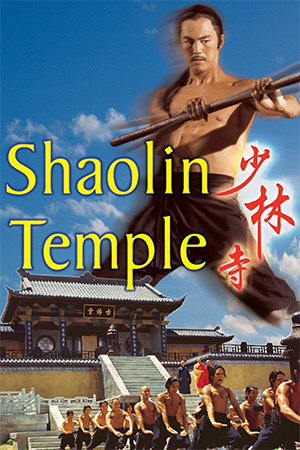 With Celestial’s ongoing release of Shaw Brothers’ vast catalogue, eager fans have been treated to numerous classic titles and a few pleasant surprises. Chang Cheh’s ‘Shaolin Temple’ sits firmly in the former category. I for one have been looking forward to seeing a restored version of this excellent kung fu drama as I hadn’t seen it for at least a decade now. Any dangers of my memories being rose-tinted and proven unfounded are quickly erased after mere minutes of Chang Cheh’s work elapsing.

The destruction of the Shaolin Temple by the Ching has been a source of hundreds of genre films, but this is one of the memorable epics that examined the events leading up the assault. The film starts with Fong Sai Yuk (Fu Sheng), Hung Hsi Kwan and Hui Hu Chien patiently waiting outside the temple in a desperate bid to be admitted into the inner sanctum. Many have tried to enter Shaolin and learn their legendary brand of kung fu, but so far all outsiders have been refused entry. The chief abbots hold an urgent meeting in which they decide to change their policy and allow only the most ardent of the potential students to be allowed in for training. The three friends who have endured the weather and near-starvation outside the temple are the first to take advantage of this new ruling and gradually become absorbed into the Shaolin life. However, their dreams of learning the secrets of kung fu are seemingly ignored and they are instead given menial tasks to pass the time. Little do they realise how these innocuous jobs are actually shaping them for their future training. Meanwhile, an small band of anti-Ching soldiers decide to journey to Shaolin and seek refuge from the oppressive forces that are hot on their trail. After arriving there, the soldiers are welcomed into Shaolin due to their friendship with one of the abbots and spend their time there refining their already impressive skills. Unfortunately, as more and more young fighters are given the chance to enter Shaolin, the ruling Ching become deeply distrustful and decide to use their spies to see what the new disciples are learning. It’s not too long before the Ching decide to destroy the temple and all of the rebels within, therefore crushing any possible uprising against the authorities. Now the vast Ching army is sent out the carry out this heinous task and, with the help of these duplicitous spies, they manage to breach the outer-wall of Shaolin.

It’s not surprising that the first aspect of the production to mention is the exceptional cast that was assembled for this seminal drama. Stars like Fu Sheng, Ti Lung, David Chiang and a pre-Venoms Philip Kwok, along with Li Yi Min and Mang Fei (who’d later find greater fame in the independent field) are grouped together and each is given a moment to shine. Something which stands out about these actors – and most of the others in the production -, yet which is rarely credited, is just how well they can act. Yes, they can all act! Contrary to the popular misconception that stars in this field are mere brainless athletes, ‘Shaolin Temple’ (along with many other Shaws’ films) shows that many have more than enough charisma to appear very comfortable even in the quieter moments. Those deserving particular credit are Fu Sheng, a young Chiang Sheng and the always watchable Yueh Hua; each of these make superb use of the time that they’re afforded. This is also a film that is a further reminder of how masterful Chang Cheh’s direction could be – I wont get on my soapbox again and try to argue why he was criminally underrated by most worldwide critics, but needless to say that this a meticulously handled work from the maestro.

‘Shaolin Temple’ is not without its minor weakness though. One that might be obvious to seasoned viewers is the reasonably predictable nature of the film; in retrospect, the identities of the villains turns out to be easy to telegraph while the training structure is not something that’s too original. As many current Hong Kong film fans will be very familiar with this kind of structure and the actors who nearly always play antagonists in these kind of films, some of the enjoyment may be hindered. However, ‘Shaolin Temple’ is still a major achievement by a film-maker who was one of the true creators of the genre. There is, therefore, plenty to put this near the top of your viewing list.