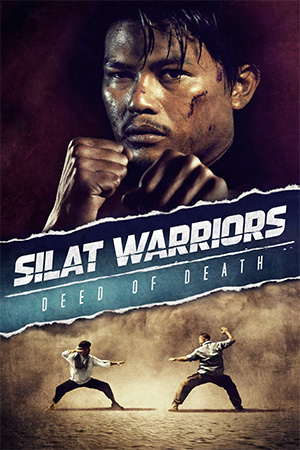 Low budget Malaysian effort that for the first hour or so tries to be too much (car racing film, family drama, gangster flick!) and as a result never really finds a satisfying groove but mercifully jettisons all this in the second half to deliver an abundance of brutal martial arts action. Mat Arip (Fad Anuar) is a carefree youngster living in the city betting on fights and taking part in street races. When he bets one too many times, he finds himself in debt to some nasty gangsters. When he can’t pay off his debt, the gangsters decide they are owed the deed to the land his father owns in the country. Despite trying to fight the gangster off Mat Arip is taken hostage and it is then up to his siblings to travel to the city to settle the score with oodles of bone crunching fight action.

If the flick had stuck to the streamlined plot of a younger sibling being in debt to gangsters and his family having to use their impressive fight skills to set things right, then this would have been a fun, short and sharp action flick. As it is, it takes a while to get to this part of the plot as the makers spend far too much time with Mat Arip messing about, getting into all kinds of trouble and how it’s a burden on his family. Too much ‘Fast & Furious’ wannabe street racing, posing, and general silliness clogs up proceedings rendering Mat Arip somewhat unlikable and hard to care for. Nothing wrong with a bit of back story and character building but it’s all laid on a bit thick, along with turgid family drama, and one too many scenes of the gangsters turning up, acting tough, and not really doing much. There is a little bit of sweet fight action peppered throughout and while it’s a little rough around the edges, the film is nicely shot on location giving events a bit of grit.

Thankfully the last 40 minutes or so ramps up the fight action as Mat Arip’s brother Ali (Khoharulah Majid) decides to set things right and cuts his way through the city looking for his brother in a near continuous series of impressively brutal fight scenes. Harnessing the form of Silat (seen in the likes of ‘Merantau’ and ‘The Raid’) the fight scenes are exciting and bone crunching in their execution. Majid is a gifted fighter and cuts through swathes of goons and equally impressive fighters in several one-on-one bouts as the film essentially takes the route of a Golden Era Hong Kong action film by loading the final third with fight scene after scene. Again, a little rough around the edges, and while it doesn’t reach the heady heights of say ‘The Raid’ or ‘The Night Comes for Us’, the fight action is still remarkable stuff with some impressive takedowns and brutal combinations putting the cast through their paces. The awesomely sustained fight action saves the film from the slog it falls into in the first half and warrants an extra star.

While all the cast do well, many being gifted real life Silat fighters, it is Khoharulah Majid who excels as the film becomes his in the second half and he charges through the city and bad guys with propulsive energy. Feiyna Tajudin, as the sister of the brothers, also gets several wicked fight scenes and it’s a shame the film didn’t have her and Majid teaming up (as a deadly duo) to take down the gangsters who have their brother.

A mixed bag unfortunately but if you stick with it there is some incredible fight action come the second half which is a great showcase for some very gifted screen fighters.