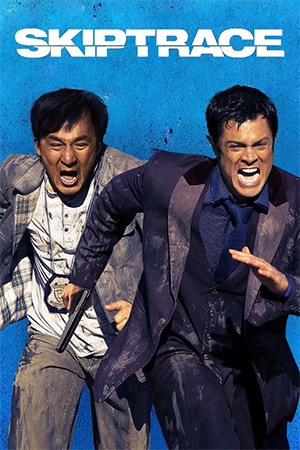 Nine years after his partner is killed, Hong Kong police officer Bennie Chan is still obsessively trying to bring the crime lord thought to be responsible, known as ‘The Matador’, to justice. Though the identity of The Matador is unknown, Chan is confident that it is Chinese billionaire Victor Wong, but getting sufficient evidence proves to be a major problem. When American con-artist Connor Watts witnesses the murder of a woman who has information on Wong, Chan sees this as an opportunity to expose the kingpin and travels to Russia to save Watts from his own tight squeeze. Watts, however, is not keen on returning to Hong Kong to take the witness stand and after burning both his and Chan’s passports, leaves the officer and unwilling companion with an epic journey through Mongolia and China to get back home.

For those of us weaned on Jackie Chan classics like ‘Project A’ and ‘Police Story’ there has come a point where we finally have to admit that those days are long passed – there will not be anything quite like the films of his heyday (most of us would be happy with Mr. Nice Guy). It’s quite something to finally realise and it is an appreciation that the cinematic landscape has changed (not for the better) and Chan is over sixty years old. It’s therefore imperative to view ‘Skiptrace’ as a film in its own right and stop harking back to what Chan was capable of twenty years ago.

‘Skiptrace’ is a pedestrian effort, of that there is no doubt. It’s almost as if the makers watched ‘Rush Hour’, ‘Shanghai Noon’ and even ‘Around The World In Eighty Days’ and thought how utilitarian it might be just to throw various elements from these into one puzzling lump. You’ve got Chan as the stoic Chinese policeman who needs to be shown what ‘fun’ is by the loud-mouth American (Knoxville replacing Tucker and Wilson), mysterious crime lords (Juntao in Rush Hour), cross-country, travelogue style jaunts (Around The World In Eighty Days)… ‘Skiptrace’ really is an environmentally-conscious way of recycling old celluloid into new.

While ‘Skiptrace’ offers nothing new, it does entertain for most of its running time. Knoxville and Chan are a reasonably likeable duo who share a certain chemistry that, while not having the zip of the Chan/Tucker, Chan/Wilson partnerships before it, adds something interesting to the mix. There’s a few good one-liners here and there and Chan as ever manages to fashion some ingenious action from very little – again, we’re not talking about ‘Drunken Master II’ here, but it is a reminder of how sorely his unique style will be missed when he stops making films.

Perhaps Jackie Chan needs to embrace his age in the way Sammo Hung has. Hung has had a resurgence of late playing solid dramatic parts where his fight skills are still needed, but are tailored to his current limitations. Chan is in danger of veering into self-parody – does he really need a romantic interest in ‘Skiptrace’ that is half his age? – and therefore sullying the tremendous legacy he has created for world cinema. So, in conclusion, we’ll take ‘Skiptrace’ thank you Mr. Chan and enjoy it despite its obvious limitations, but can you stop selling yourself short?