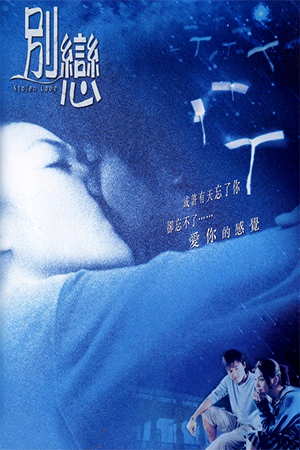 When superficial architect Rick (Lam) is suddenly knocked down by a van in the middle of a city road, the last image that he sees before he slips into unconsciousness is that of young writer Angela (Li). After a surprisingly speedy recovery, Rick returns to work though he remains strangely haunted by the image that he saw in that fleeting moment. Plagued by flashbacks that may or may not have happened, Rick throws himself into his work only to find that his next job brings him into contact with Angela. Unfortunately Rick and Angela are on two opposing sides of a plan to re-develop an archaic apartment block, something that the latter is directly affected by. The only way for Rick to appease his employers is to sneakily move into the apartment block and bring down the resistance from within. While he fends off the attentions of the raucous residents, Rick tries to piece together what may have happened between him and Angela and, more importantly, if it happened.

The premise of ‘Stolen Love’ is an intriguing one: the idea of a character unsure of if he loved or even met the woman who haunts his memories is full of potential, having the necessary components to surprise the viewer. Sadly, the actually execution of the idea is slipshod at best. Rife with plot-holes, underwritten characters and a complete lack of thematic direction, this is film-making at its most disappointing.

The first flaw that becomes apparent almost immediately is the poorly constructed characterisations. It is implied that Rick is a selfish charmer who has little consideration for others, but the viewer is left to piece together this information from the scant details on offer. Rick’s ultimate redemption and change from the egotist to the altruist is meant to stir the soul, but the said lack of exposition on his character makes this impossible to care about. Angela is equally uninteresting, a bland mixture of dizzy quirks and hysterical rantings that make have been seen countless times before. If this unappealing lead pairing isn’t enough, the stock Hong Kong characters that populate the rest of the cast should deter even the most foolhardy.

Even though this was an early effort by Alan Mak, a director of his obvious skill should be expected to handle material like this far more competently. Instead of this being a romantic drama – a sub-genre that would be ideal for this story – Mak tries to turn this into a standard rom-com, a mistake that costs the film’s intentions dearly. Such a shallow presentation of events never does justice to the inviting material and the subsequent kooky tone just adds to the constant frustrations. The whole success of the film is dependent on the viewer caring about the lead’s attempt to piece together the past, but this pivotal plot strand is cast aside for a fair portion of the film. Even when the two lead characters do begin to work out what had happened, the results are hardly worth the wait.

As the film drags itself to the finishing line, it unveils a twist that is certainly unexpected, but unintentionally amusing. For such an extravagant plot device to succeed, the preceding hour or so has to set the correct tone – something woefully forgotten here. This final indulgence assumes that the audience is going to forgive such a sudden change of tone, hoping that we can swallow a shift from tired frivolousness to the ethereal. ‘Stolen Love’ is just too bland and sketchy to achieve this. Alan Mak’s uninvolving film lacks a real narrative hook and an empathetic romance, but most of all it lacks the needed sentiment that covers a multitude of cinematic sins.