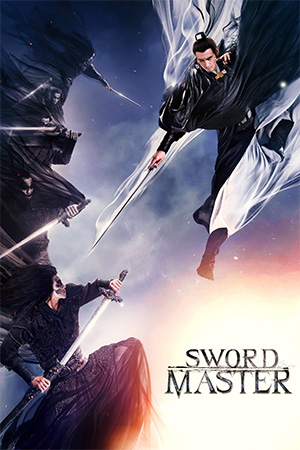 It’s easy to forget that Derek Yee, one of the most acclaimed directors working in Hong Kong today, was once a fresh-faced young starlet at the Shaw Brothers’ studio. As an actor he first came to greater attention after taking the leading role in Chor Yuen’s 1977 swordplay hit ‘Death Duel’. It is very unusual then to see Yee as director return to this same film for his latest opus, ‘Sword Master’, a remake of said hit ‘Death Duel’ and, of course, Gu Long’s original novel.

Famed swordsman Xie has grown tired of the back-stabbing and betrayals of the martial world and decides to retreat into isolation. Unfortunately his legendary repute makes quiet retirement impossible and he therefore has to fake his own death to ensure his challengers stop appearing. Taking on a new identity and a menial role, Xie finds his world still filled with injustice and soon has to show a small measure of his unrivalled fighting skills off to save new friends. This brings him to the attention of dying swordsman Yan whose final wish was to face Xie, the greatest swordsman in the land before his ‘death’. The two become friends, but their respective pasts are soon to catch up with both of them.

Not many have tried to remake classic Shaw Brothers’ films and for good reason; the source material is often so good that it seems unlikely that a new feature will bring anything useful to the screen. Johnnie To’s excellent remake of ‘Disciples of Shaolin’, ‘Barefoot Kid’, is one of the few examples of anyone daring to attempt this and that perhaps says something about the quality of film-maker needed to pull it off. Derek Yee is every bit as skilled a director so it is encouraging to report that ‘Sword Master’ is an excellent swordplay film that not only respects the original, but also brings a new aesthetic to the source material. This does mean that, once again, the bigger budget available means the appearance of even more computer effects, yet despite a few awkward scenes, they add a powerful, almost surreal quality to the story.

A director like Derek Yee respects and understands the source material, a fact that is shown in his execution of the story. It is a glossy, slickly handled affair that looks significantly more lavish than ‘Death Duel’, but Yee knows that the characters and the world they inhabit is the most important point. In a relatively short time Yee creates a fascinating martial world every bit as involving as the visions that Chor Yuen used to put together years before. Yee also squeezes encouraging performances out of his cast with Peter Ho (here looking very much like a younger Bruce Liang) particularly impressive as nihilistic anti-hero Yan.

‘Sword Master’ takes time to get into it’s stride, but once it does the story moves along like a juggernaut. The speed of things sometimes means that confusion can be caused though for the most part ‘Sword Master’ is effortlessly entertaining. Special mention should also be made of the action choreography which is a real strength here; each of the intricate sword fights look fresh and exciting enough to stand out from the production’s contemporaries. ‘Sword Master’ is one of those rarest of creations that might be as good as, if not better, than the original.