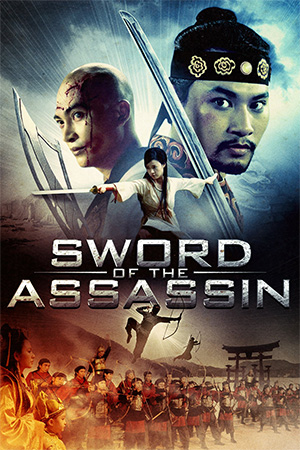 Vietnam goes all wuxia in the slick and entertaining martial arts flick that while a little familiar in terms of narrative succeeds in its endearing characters trying to right wrongs and numerous scenes of kung fu combat. The set up sees a young orphaned child Nguyen Vu (Huyuh Dong) taken in by a wise martial arts master and trained in the ways of the fighting arts. Once grown up, he learns he is the last descendant of a famous official and that his parents were slain by the corrupt empress of Vietnam. Thus Dong leaves the comfortable confines of his training and ventures into the dangerous outside world seeking revenge. There he learns the path to vengeance is not an easy one, that allies can’t always be trusted and that he may not be the only one seeking the death of the crooked empress.

While not exactly revolutionary in the story department, ‘Sword of the Assassin’ is still a decent effort from Vietnam at showcasing some wuxia-based action. Refreshingly uncomplicated and non-melodramatic (well, at least compared to some of its Hong Kong counterparts), Victor Vu’s film sticks to its vengeance-based tale without bogging it down in too much political intrigue or extraneous sub-plots (there are a couple here and there but nothing that drags the main point away from Dong seeking retribution). The lack of extensive complexity to the plot may irk the more refined viewer but the film’s likeable characters and dedication to entertain make it a more accessible and compelling watch. Vu also has an eye for the visual with the Vietnamese landscapes captured in all their colourful glory.

Vu also packs the film with lots of highflying action scenes; all rendered in a pleasingly watchable manner meaning no over-editing or dreaded crazy camera shakes. In fact, all the flight scenes, complete with high-wire theatrics common in wuxia fighting films, are clearly shot and crisply edited featuring some fine choreography from ‘Warrior King’s Johnny Nguyen. They may lack a bit of bite and dreaded CGI rears its ugly head on occasion (though not that often) but the fights are fluid and fun and the film is certainly packed with them meaning action fans will no doubt be sated.

Sure the story is a little old hat, the director is maybe a little too in love with slow motion once the action starts and it all could have been ten or fifteen minutes shorter but ‘Sword of the Assassin’ is a noble effort from some talented Vietnamese filmmakers which is beautifully shot, buoyed by engaging characters and features a satisfying amount of high flying martial arts combat.