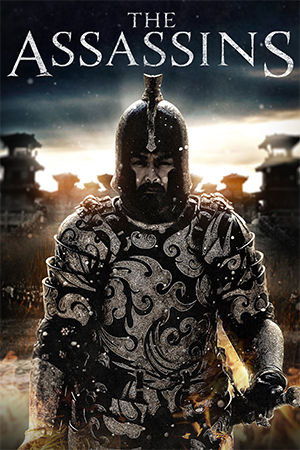 Two orphans, snatched from their parents as infants, a taken away and trained as assassins by a mysterious sect. Gong Ling Ju and Mu Shun grow fond of each other despite attempts by the brutal regime to dehumanise them and when they are adults, they swear their love for another. Shortly afterwards they are given their dreaded assignment – to infiltrate the household of ruling warlord Cao Cao and, when the order is given, foment rebellion in his camp. Meanwhile Cao Cao himself is caught up in the people’s expectations of him and their desire for him to overthrow the impotent king. He remains reluctant to involve himself in such treason, but is shown that China’s only chance of genuine solidarity is dependent on his strong hand. The tensions eventually bubble over and all of the figures in the palace (and their shadowy alliances) are brought to light.

Just when it seemed as if there could be no more written or filmed about the Three Kingdoms period of Chinese history, director Zhao Lin-Shan and writer Bin Wang offer viewers ‘The Assassins’, a further addition to the heavily mythologised era. Yet even from the first few minutes, it’s clear that the film is intent on approaching the story from a very different angle. Cao Cao is always seen as the arch-villain of the Three Kingdoms narrative, but ‘The Assassins’ tries to present a different characterisation of the allegedly brutal ruler. It also tells the story from the invented perspective of the two unwilling spies, often pushing their experience to the forefront while the political intrigue continues in the background.

While John Woo’s splendid ‘Red Cliff’ was such a definitive take on the Three Kingdoms story, ‘The Assassins’ show how it is possible to borrow the same period of history and fashion a production that is successful in its own right. For the most part it doesn’t try to compete with its numerous contemporaries’ sweeping scope, opting to focus on the characters involved in the drama. This is still a colourful, opulent telling of a well-worn story with big scale battles and vast locations. ‘The Assassins’, however, is more accomplished when it tries to add moments of small scale intrigue and scheming.

The revisionist take on Cao Cao is bold and mostly effective, helped in no small part by Chow Yun-Fat’s excellent performance. It shows a leader who is pushed into situations not of his making and reluctant to take the throne, feeling a torn loyalty to the king. This balanced perspective on such a notorious figure is occasionally a little too apologetic for Cao Cao’s increasing tyranny, but it certainly allows ‘The Assassins’ to tread its own distinct path. It hasn’t got the sheer confidence and brash brilliance of ‘Red Cliff’, yet it is a welcome addition to the crowded sub-genre of Three Kingdoms movies.