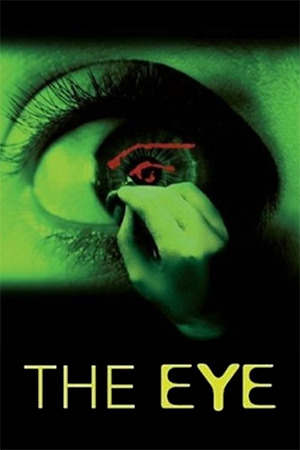 Eastern horror films have garnered quite a reputation in the West over the past couple of years with Japanese films such as ‘Ringu’ and ‘Audition’ gaining the highest attention. This Hong Kong offering has done extremely well since its arrival over a year ago and has even had successful theatrical releases in a number of European countries.

Hong Kong horror has usually been associated with the comedy or kung fu styled films such as ‘Mr. Vampire’ or ‘Encounters Of The Spooky Kind’, but this film shows that modern filmmakers can hold their own in a serious dramatic production with an aim to chill its audience instead of grossing them out. ‘The Eye’ does not offer a totally original story but it is told with style, and its visual imagery will stay with the viewer for a long time to come.

Without revealing the plot, this is an excellent mix of jumpy moments, disturbing visuals and a dramatic tale, which is likely to appeal to a wide cross-section of the public. It is not as scary as something like ‘Ringu’ but does offer a wider set of characters with whom you can empathise more strongly. Without giving the plot away, there are enough small twists and heart-wrenching moments to appeal to those with a softer edge while still offering some more conventional shocks.

If you are a fan of slasher films and gory splatter fests, then this is not for you. However, if you like your horror with a more subtle edge and a strong narrative then this comes highly recommended.