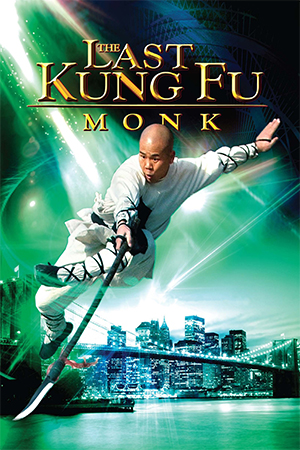 Li Long is a Shaolin monk who travels to New York to care for his nephew after his brother passes away. Although he initially struggles to fit in, he soon starts to make friends after he opens up his own martial arts school. Unbeknownst to Li however, his school has been funded by the Russian mafia and they quickly hatch a scheme to force him to compete in their underground fight club. Now he must draw upon all of his training if he is to have any hope of making it out alive.

Real-life Shaolin monk Zhang Li Peng co-writes, directs and stars in this low budget American martial arts actioner. While his efforts are commendable, it proves to be a pretty poor debut that feels more like a fan film than a competent movie. There’s very little in the way of story, and all we really get to sink our teeth into is the fairly obvious idea of a monk being placed out of his element. This scenario triggers off a handful of the usual clichés, such as culture clashes and confrontations with the locals, and the film is made all the more unbearable by some soap opera style dramatics and a decidedly creepy romance. Li also does little to help matters, as he lacks the talent or charisma to truly convince as a leading man and his character is nothing more than a horrible Asian stereotype.

While the majority of ‘The Last Kung Fu Monk’ is pretty awful, there is still a very small glimmer of promise to be found in a couple of the action scenes. As you might expect, most of these sequences rely heavily on the abilities of Zhang Li Peng. Thankfully, it’s fairly evident that he is a proficient martial artist and it certainly looks like he does all of his own stuntwork. He also looks to be a genuine fan of the genre, and there’s quite a few obvious nods to the likes of Jackie Chan and Jet Li. Unfortunately though, this is pretty much where the positives end. The limited choreography quickly starts to become repetitive and the atrocious wirework combined with excessive undercranking just makes most of the combat look silly.

‘The Last Kung Fu Monk’ is essentially a handful of mediocre fight scenes strung together by a weak plot and some incredibly cheesy drama. On the strength of this outing, Zhang Li Peng has a lot to learn about making movies and he may be better off sticking with the monkhood.