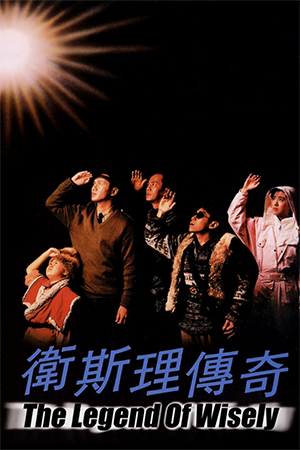 Writer/adventurer Wisely (Hui) is thrust into another exciting assignment when his close friend tricks him into stealing a supposedly sacred gold orb that is venerated by a distant monastery. After a close escape, the mission proves to be a success and the two fly away with their treasure. However, Wisely’s devious friend disappears after a crash and is presumed dead, leaving the part-time explorer wondering what the meaning behind this theft was. The truth becomes apparent when Wisely comes into contact with a powerful gangster, his beautiful sister and, surprisingly, his supposedly deceased friend. The quartet are asked to return the mysterious orb to its rightful owners, but only Wisely feels the necessary twinge of conscience and so sets out to take the object back to the religious order. Another party soon make themselves apparent though, as they seek to gain possession of it at all costs. Their reasons for doing so remain shrouded in mystery as they use excessive force against Wisely and co. The culmination of these encounters sees the answers to all of the questions tied up with a final face-off between the differing sides.

The character of Wisely has been used in numerous Hong Kong action-adventures such as ‘The Seventh Curse’, ‘The Cat’ and the soon to be seen ‘Blue-Blooded Person’ and therefore the audience has some familiarity with its subject. With the charismatic Samuel Hui in the role of Wisely here, the film could hardly have been given a better lead for the prestigious role. Hui is always watchable and once again justifies the trust placed in him; like a laid-back Indiana Jones-clone, Hui is certainly a vital aspect of the production’s quality. The money spent on exotic filming locations is also obvious with unusual Asian-locales standing at the fore-front. The main Achilles-heel of ‘Legend Of Wisely’ is its inadequate plotting; the narrative starts off well, but begins to lose its grip near the hour mark. This point is especially noticeable in the last ten minutes with a rushed ending merely confusing the viewer. Director Teddy Robin needs to be given some of the blame for this as his control of the previous portion of the film simply ebbs away by the time the credits roll. ‘Legend Of Wisely’ is a cheery action/comedy that is quite satisfying despite the clear weaknesses that undermine it.