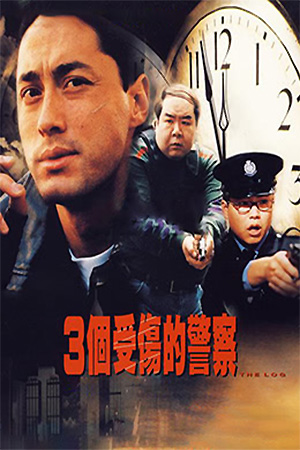 On New Year’s Eve 1996, three policeman find their fairly routine lives shattered by a series of events. Over-confident and arrogant Dixon (Wong) is involved in a situation where he shoots an innocent hostage dead. The following investigation into the incident finds Dixon accused of manslaughter and given the same treatment he’d been using on his own suspects. With his position turned upside down, the cocky officer now finds himself re-evaluating his attitude towards others. The second event sees inexperienced cop Longwaist (Lamb) kill a young triad who was surrendering his weapon; the death haunts the rookie, especially when he meets the father and sister of the deceased. Work-obsessed and haggard police officer Gump (Cheng) is directly affected by the final twist of the day when his wife leaves him. Citing her husbands lack of respect for her and single-minded devotion to his job, Gump’s wife seeks comfort with one of the department’s superiors. Slowly allowing matters to eat away at his mind, Gump finds himself sinking further into desperation until he finally snaps. Seeing Koo – the man who has admitted to a short affair with his wife – at a New Year’s Eve banquet, Gump seizes the opportunity to get the answers he wants. Therefore the formerly dedicated law enforcer takes the guests of the meal hostage and demands that his wife be found. Inevitably all three events culminate in this tension-filled situation with each character given one more chance to change things.

Recent films by Derek Chiu have proved the director is someone who is capable of being branded an auteur in the true definition of the term. His past few efforts have shown how Chiu takes a simple narrative and layers it with his own vision and a charm that remains hard to pinpoint. With this in mind, it is good to look back at an earlier film of Chiu’s that began to show the critics what this talent was able to do. Interestingly though, ‘The Log’ lacks the directorial touches that are now associated with Chiu. The narrative is strong and the construction of it has much to commend it, but there’s too much missing from the finished product to highly commend it. The direction is rough around the edges to say the least as clichéd cinematography and execution is apparent throughout. Whereas now Chiu would happily allow characters or situations to gradually develop, here he squanders opportunities and relies on some heavy-handed imagery to make his points. It’s also sad that the most intriguing section of the film – the actions of Longwaist and the effect it has on him – is the shortest and the real inner-torment he feels is barely touched on. Nonetheless, ‘The Log’ is competent and well-acted; Kent Cheng is particularly memorable in the role of Gump. Even Michael Wong and Jerry Lamb give good performances which is something that couldn’t always be said of them in the past. There’s no doubt then that ‘The Log’ has qualities that recommend it, though it never reaches the heights that Chiu’s admirers would demand.